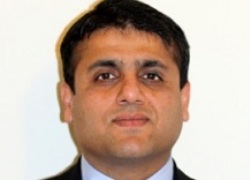 It’s official: the potential of the IoT can no longer be ignored. There are 520 million global cellular IoT connections today, and this number is predicted to grow to 2.4 billion by 2025, according to Strategy Analytics.

Machina Research (August 2016) estimates that of the 27 billion connected devices deployed by 2025, 11% of connections will use Low-Power Wide-Area Networks (LPWAN). However, there are different radio access technologies competing for incumbency in the LPWAN market.

These can be classified in 2 main groups – those standardised under 3GPP specifications such as cellular-based narrowband technologies NB-IoT and LTE-M, and non-3GPP or proprietary ones such as LoRa or Sigfox, says Kashif Hussain, celladvisor Solutions Marketing at Viavi Solutions.

At a macro-level the race is on among global T1 service providers to quickly adopt mainstream technologies for IoT implementation, and NB-IoT is quickly gaining momentum. Four operators have already commercially launched NB-IoT networks – Telus Canada, T-Mobile Netherlands, Telia Norway, and Vodafone Spain, and according to the Global mobile Suppliers Association (GSA) there are a further 40 NB-IoT networks planned.

Narrowband signals will ultimately enable billions of smart devices to maintain low-speed and low-latency connections to mobile communications networks. However, this phenomenon will also cause a significant increase in the volumes of real-time data and the associated signaling traffic.

NB-IoT is suitable for ultra-low-end IoT applications, offering ultra-low bit rates, lower power consumption and extreme coverage for a more efficient network. In particular, the LTE in-band option provides the most spectrum and cost-efficient deployment of NB-IoT for service providers with LTE services, setting NB-IoT apart from any other LPWAN technology.

But NB-IoT networks are not without their challenges. Mobile communications networks will simultaneously need to support high bandwidth applications, such as video streaming using wideband signals, setting up an inherent tension between these usage models.

Network operators will need to ensure that they can manage these disparate types of connections, while maintaining the required quality of experience for each, and minimizing the need to invest in new equipment.

Given the overlapping between the NB-IoT signal and the existing LTE broadband signals for in-band mode, operators are particularly concerned about the impact the NB-IoT signal may have on the LTE wideband. Potential issues include interference and signal performance, which can result in a degradation of the quality of service (QoS) delivered to end customers when using smartphones in locations where both LTE broadband and NB-IoT signals have to co-exist.

The other main area of concern for customers when activating a NB-IoT signal is to confirm the signal reach or actual coverage that needs to support many IoT devices and sensors in the geographical area the NB-IoT signal needs to serve. This includes coverage questions in the open air, but also other considerations like building penetration.

As LTE continues to evolve, service providers can harness a wide range of test and measurement solutions that will help them quickly deploy, maintain, and optimise new technologies as they deploy NB-IoT networks.

Because NB-IoT is considered as a new 3GPP radio-access technology (RAT), several changes are required to both uplink and downlink channels to ensure required efficiencies are delivered. NB-IoT RB power dynamic range, or NB-IoT power boosting, is defined as the difference between the power of the NB-IoT carrier, which occupies a PRB of the LTE carrier in-band, or 180kHz in the guard band, and the average power for the overall carrier including LTE and NB-IoT.

For both in-band and guard band operations, the NB-IoT dynamic range should be equal to or greater than 6dB. Validating downlink power linearity by measuring inter-RB distortion can be used to ensure NB-IoT performance.

New RAT also offers some challenges because of the diverse frequencies and the potential to interfere with other LTE traffic. In this case validation of the new physical channels and signals introduced in the downlink and uplink are necessary to ensure NB-IoT is not causing interference to the existing LTE network and vice versa.

Phased roll-out can allow for faster deployment of NB-IoT without the need to upgrade the hardware on all sites. But this deployment option may create some problems. NB-IoT devices may not be able to attach to the best cell if that cell does not yet support NB-IoT. In this case, the path loss can be very high.

In addition, they would also suffer from high interference coming from surrounding non-NB-IoT cells. In situations like this, OTA RF testing may be required; using a spectrum analyser solution can help operators take proactive steps to optimise cell coverage areas.

Comprehensive solutions that cover coaxial transmission sweep testing, fiber inspection, RFoCPRI/ RFoOBSAI analysis, and signal quality analysis can also be used to measure the interference and performance impact the NB-IoT signal may have on the LTE wideband signal.

These solutions provide a comprehensive analysis of the NB-IoT signal including signal power levels, digital demodulation analysis and interference analysis down to the single PRB (Physical Resource Block) for the NB-IoT signal under measurement. They also confirm whether the signal has the reach and coverage required to serve the number of devices in the assigned geographic area, taking into account considerations such as building penetration.

These detailed measurements provide service providers with a full picture of how well the NB-IoT is operating in terms of performance, coverage and data traffic capacity plus making sure any potential issues related to interference and/or intermodulation are correctly identified and can be fixed.

The author of this blog is Kashif Hussain, celladvisor Solutions Marketing at Viavi Solutions