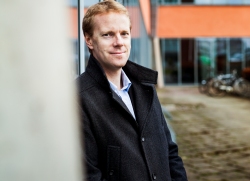 According to a new research report from Berg Insight, the number smart homes in Europe and North America reached 30.3 million in 2016.

North America is the world’s most advanced smart home market and the region had an installed base of 21.8 million smart homes at the end of the year, a 47% year-on-year growth. The strong market growth is expected to last for years to come, driving the number of smart homes in North America to 73.0 million by 2021, which corresponds to 55% of all households.

The European market is still a few years behind North America in terms of penetration and market maturity. At the end of 2016, there were 8.5 million smart homes in Europe and the market is forecasted to grow at a compound annual growth rate (CAGR) of 57% in the next five years to reach 80.6 million smart homes by 2021, which corresponds to 36% of all European households.

Major vendors of comprehensive whole-home smart home systems include a mix of energy-, security- and communication service providers and home automation specialists such as Vivint, ADT, Comcast, Control4 and AT&T in North America and Verisure, eQ-3, RWE, Deutsche Telekom and Loxone in Europe.

“2017 is anticipated to be a good year for smart home technology as entry-level smart home systems have become affordable for the mass market, at the same time as the reliability and features have improved significantly” says Anders Frick, senior analyst at Berg Insight. New innovative user interfaces are also important as a catalyst for market growth.

“Several ICT industry giants are now betting on voice driven user interfaces to make it easier to control smart home solutions”, continues Mr. Frick. The Alexa service from Amazon has quickly become very popular through its Echo products and Google is pushing its digital assistant through Google Home. Furthermore, Apple with its HomeKit platform and the HomePod smart speaker as well as Microsoft with its Cortana service and the Invoke speaker are ready to challenge Amazon and Google when the devices are being launched later in 2017.

Berg Insight anticipates that the popularity of voice enabled speakers will continue to increase and that smart speakers will be one of the most significant user interfaces in the home environment. “Amazon is still the leading player but Google’s and Apple’s ecosystems are stronger, at least outside North America” says Mr. Frick.

There are additional smart speaker initiatives as well. Lenovo has announced a smart assistant and Japan-based LINE Corporation will launch WAVE using the virtual assistant Clova later in 2017. There are even open source alternatives, such as the assistant Mark 1 from Mycroft. Ivee Voice, Invoxia’s Triby, JAM Voice, Cubic, Fabriq and Zettaly Avy are additional smart speakers on the market.