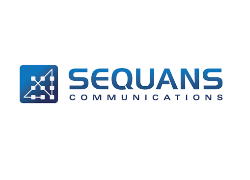 The new module, Huawei ME309-562, is designed to support M2M and IoT applications in the North American market. The ME309-562 is the first module to come to market pursuant to the agreement executed by Huawei and Sequans and announced in February that Huawei would build a family of modules based on Sequans’ Monarch platform.

“Huawei has moved quickly in bringing their first Monarch-based module to market and we are very pleased to see their aggressive response to demand from IoT customers,” said Georges Karam, Sequans CEO. “Huawei is an important module partner for Sequans and we look forward to a long and productive relationship delivering LTE for IoT to device makers everywhere.”

The module is based on Sequans’ Monarch platform, the world’s first and most highly-optimised LTE-M (Cat M1) and NB-IoT (Cat NB1) chip that is purpose-built for narrowband IoT applications, including sensors, wearables, and other low data, low power M2M and IoT devices.