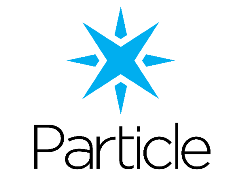 Particle announced it has secured $20 Million in Series B funding to bring its world-class IoT solutions to Enterprise companies. The round was led by Spark Capital, with participation from Qualcomm Ventures and Particle’s previous investors.

Founded in 2012 by Zach Supalla, CEO and Zachary Crockett, CTO, Particle has become the most widely-used IoT platform, with more than 100,000 people and companies developing IoT products. As the market has matured, Particle’s focus has shifted to Enterprise IoT, delivering significant value through connectivity.

“While the media’s IoT focus has been primarily on consumer electronics, wearables, and ‘smart home’, we’ve learned from our customers that the future of IoT is within the enterprise market,” said Zach Supalla, CEO at Particle. “Our customers often deliver meaningful business value right out of the gate when they connect their physical assets and start collecting data.”

Particle’s “full-stack” IoT platform includes everything a company needs to connect their devices to the web, including Wi-Fi and cellular modules, IoT SIM cards and data plans, a secure and reliable IoT cloud, and SDKs for building mobile and web applications for IoT products. This full-stack approach makes it dramatically faster and easier to bring an IoT product to market.

As Enterprise IoT grows in tandem with cellular IoT, their applications require an always-on, reliable cellular connected network. According to Machina Research, “Cellular connections will grow from 334 million at the end of 2015 to 2.2 billion by 2025.”

Particle cellular connectivity has been deployed in a wide variety of industrial and municipal IoT applications, such as in gas stations, on oil rigs, in stormwater drains, and in manufacturing equipment. 50% of S&P 500 companies are using Particle to develop IoT solutions, including 90% of S&P IT companies and 59% of S&P Industrials.

“Zach and the team at Particle had a very smart insight early on—many enterprise IoT initiatives fail in the difficulty of execution: it’s hard to get devices online reliably. We were really impressed with the company’s decision to focus on a vertically integrated full-stack platform to get enterprise IoT products connected, while the rest of the industry focused on cloud-only platforms,” said Andrew Parker, general partner at Spark Capital.

“Particle built a solution that takes a complex problem and solves it with an easy to use, consumer-like product execution. We couldn’t be more excited to partner with this team as they continue to execute on their vision.”