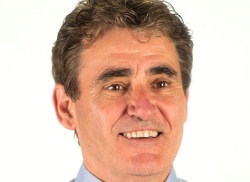 There is a significant need to carry out failure prevention using data-driven truths rather than guesstimates. The combination of mechanical and process induced breakdowns costs up to 10% of a worldwide $1.4 trillion manufacturing market per a 2012 report from The McKinsey Global Institute.

While companies have spent millions trying to address this issue and ultimately avoid unplanned downtime, until now, they have only been able to address wear and age-based failures. Current techniques cannot detect problems early enough and lack insight into the reasons behind the seemingly random failures that cause over 80% of unplanned downtime. This is where using machine learning software to cast a “wider net” around machines can capture process induced failures.

That would require a unique technology approach combining machines and processes; particularly for asset-intensive industries such as manufacturing and transportation. With the right technology in place, organisations can sense the patterns of looming degradation, with sufficient warning to prevent failures and change outcomes.

Advanced machine learning software has already demonstrated incredible successes in the early identification of equipment failure. Such software is near-autonomous and learns behavioural patterns from the streams of digital data that are produced by sensors on and around machines and processes.

Automatically, and requiring minimal resources, this advanced technology constantly learns and adapts to new signal patterns when operating conditions change. Failure signatures learned on one machine “inoculate” that machine so that the same condition will not recur. Additionally, the learned signatures are transferred to similar machines to prevent them being affected by the same degrading conditions.

For example, a North American energy company was losing up to a million dollars in repairs and lost revenue from repeat breakdowns of electric submersible pumps. The advanced machine learning application learned the behaviour of 18 pumps. The software detected an early casing leak on one pump that caused an environmental incident. Applying the failure signature to the rest of the pumps provided an early warning, allowing early action to avoid a repeat incident, thus preventing a major problem.

In another case, a leading railway freight firm operating across 23 states in the US used machine learning to address perennial locomotive engine failures costing millions in repairs, fines and lost revenue. The machine learning application operates in-line, in real-time and was deployed on a very large fleet of locomotives examining lube oil data for extremely early indicators of engine failure.

The application even detected a degradation signature while the engine passed a low-pressure test. Diverting the locomotive for immediate service “saved the company millions of dollars in costly downtime and fines.”

The time to implement machine learning software is now