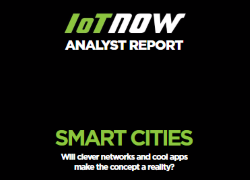 Motives and challenges for smart city projects. In the 1969 heist movie, The Italian Job, the team replaces the tapes for the computer used to manage the city of Turin’s traffic lights. In the ensuing traffic chaos, they are able to steal the gold and make their getaway. While the technology may have moved on, with tapes replaced by the cloud, the idea of technology being used to improve a city and even the applications (a form of traffic management in The Italian Job) remain the same.

Smart cities all involve the application of technology to the city, typically by government

Each smart city project will have different goals but all hope to use technology to improve the city, by increasing productivity, reducing pollution and enhancing life for citizens. Individual projects may vary depending on the city and the region, but they all include this basic idea of improving a city through the application of technology.

The central and multifaceted role of governments in smart city plans is also a common feature. Governments, whether local, regional or national, have a role to play in various aspects of smart city development.