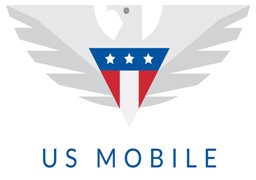 US Mobile, a mission-driven wireless carrier started by serial telecom entrepreneur Ahmed Khattak, announced the launch of unlimited Wi-Fi access in more than 120 countries and on 20 leading airlines (including Delta, American Airlines, Virgin America and more).

With the new Wi-Fi plan, consumers will have access to more than 30 million hotspots around the globe, making it the largest Wi-Fi network in the world. By using available hotspots, customers save on data plans, and thereby also save on phone bill costs. It’s the optimal solution for enjoying free data.

“With more than 30 million hotspots in the US, customers can basically use our Wi-Fi plans everywhere; airports, trains, hotels, cafes, outdoors etc.,” said US Mobile’s founder & CEO, Ahmed Khattak.

“Customers will also enjoy inflight connectivity on all the major airlines at a more affordable price than what the airlines and other comparative services are offering. This Unlimited Wi-Fi plan is a game-changer when you travel abroad. Instead of paying for international roaming, which can be quite costly, you have a whole network of hotspots ready to be used anywhere in the world.”

US Mobile is on a mission to offer consumers affordable options for wireless connectivity, which is why current average customers spends only $15/month. Unlimited Global Wi-Fi + InFlight plans cost $10/month.

Unlimited Wi-Fi is only the most recent addition to US Mobile’s growing IoT platform, and the news falls on the heels of the company’s recent announcement of on-demand mobile service on one of the country’s biggest LTE networks.

US Mobile offers customers the ability to choose from more than 350 different plan combinations on a flexible, “pay-as-you-go” pricing matrix, with no overage fees. With US Mobile, customers will can optimise their plans and their coverage to get the best service in their area. Customers have the option to add additional talk/text/data instantly with the click of a button at USmobile.com, which means no more unlimited packages that handcuff them to a carrier with locked phones, two-year contracts and high switching fees.