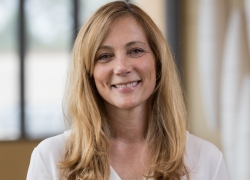 Emily Brontë chose these story elements to make a point about hypocrisy in the context of Britain’s Victorian era, with its pretence of decency obscuring so much of the human misery that lay underneath.

What hath Wuthering Heights to do with IoT, you might very well ask? It’s a powerful example of the importance of context. In another time and place, a publisher would likely have dismissed Brontë’s masterpiece as too contentious. Instead, by tuning into the zeitgeist of the times, the book spellbound even its harshest detractors and became one of the most widely read and debated for generations.

Much like in 19th century Britain, today we live in very turbulent political and economic times marked by a momentous technology-led industrial revolution. In this context, planning has become very difficult. The only thing businesses know for sure is that they need to be prepared for a range of different outcomes.

That’s why I believe that IoT, with all its challenges and complexities, is coming into its own now. Its massive data-analysing potential can give the planning visibility needed to ride this current socio-economic wave, rather than be drowned by it.

In order to realise IoT’s potential, however, we have to fully exploit all the data. A recent study by McKinsey “Unlocking the potential of the Internet of Things” revealed that “interoperability among IoT systems is required in order to capture 40% of the potential value.”

Crucially, the study also revealed that when you add the context of big data to IoT implementations as part of an analytics process you can gain at least another 20% in value. Despite these findings most data collected in IoT implementations today is not used and therefore not fully exploited.

To put IoT data into the context that will give meaningful insights, it needs to be blended with other data – not data that’s 20 minutes or two days old, but as close as possible to real-time. To illustrate, let me offer two examples of how valuable this can be in two traditional thin-margin industries – sugar and shipping.

One of our customers is a large, global sugar manufacturer and distributor. In this commodity market, success depends on the extent to which production is optimised for both supply and demand. To help achieve this, the customer built an entire robotic refining and processing line for sugar, starting with the raw materials to producing the finished goods. At every stage of production sensors generate a lot of information on that processing line.

A peculiarity of sugar is that its properties vary considerably depending on the source – cupcakes in Peru taste much sweeter than those in the US. This company’s challenge is that it’s gained considerable efficiencies in the refining process and distribution, but still needs to adjust for variations in sugar quality. If sugar arrives at a destination and doesn’t taste as expected, the company has a big problem on its hands.

It was only when the company was able to blend more qualitative data about the type of raw materials – the geographical source, sugar concentration, the shipping route – along with their sensor data, that it were able to gain that extra edge so necessary in a commodity market.

Barnacles are an (expensive) drag!

Caterpillar Marine Asset Intelligence has been monitoring fleets of vessels for the US Navy, Foreign Defense and Commercial sectors for many years. Cat Asset Intelligence collects and analyses sensor data for all critical equipment onboard a vessel.

This data helps predict whether an asset onboard is going to fail so it can be fixed before that happens. Operational data provides actionable information allowing owners and operators to plan their maintenance, wherever the vessel may be, to avoid downtime and delays. That’s the classic predictive maintenance use case.

In the last couple years the shipowner also wanted to reduce its high maintenance costs over time. It started to look at more information that was coming off the sensors about things like fuel consumption, drag and the angles that the hulls were sailing to the sea.

The company realised that over time ships accumulate a massive amount of barnacles and other sea growth, which create a lot of drag. A customer had been cleaning its ships’ hulls once every two years. Using Asset Intelligence software, they doubled this frequency, saving $10 million over two years on maintaining eight ships – which is exactly what they did.

So whether you’re concerned with heights that are Wuthering or the kind you can achieve with IoT, remember that context makes the difference between an everyday story and a masterpiece.

The author of this blog is Donna Prlich, chief product officer at Pentaho