Home › IoT News › Do cloud processing and communication costs put you on edge? 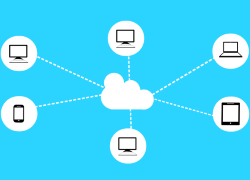 For years technology marketing has revolved around the central principle of centralising intelligence in the cloud and rolling out commodity hardware at the edge. This has seen the costs of operating enterprise IT and telecoms networks start to fall as deployed devices get cheaper and cloud delivers on its efficiency promises, writes George Malim.

However, there are flaws in the cloud model. It’s not without its own costs with processing power in data centres increasingly recognised as a significant business expense and, to get the information from remote locations back into the cloud relies on network capacity, which itself also isn’t free. For many IoT applications these twin costs of network and data centre processing power are unviable.

The cost of specially-developed on-premise equipment is similarly unattractive for low value IoT apps so the question becomes one of whether the market should simply give up because the technology can’t support such services. The answer is of course, no. Where there’s a potential profit, there’s always a way

The answer it turns out, is to put more intelligence at the network edge, in devices. This doesn’t necessarily mean fully-featured computing power in each and every sensor or an IT room to handle IoT data feeds from a factory floor but it does involve the application of intelligence at the edge to process data into useful insights, perhaps to act on it immediately without network latency, or, more likely, to send only the relevant data to the cloud for analytical processing and action to be taken.

Applying intelligence and potentially machine learning at the edge means networks won’t be clogged with costly to transmit petabytes of useless information and cloud servers won’t have to churn through it. These present substantial cost savings and can make many services viable.

This may sound like a U-turn away from the efficiencies offered by cloud. It isn’t, it’s a recognition that cloud isn’t the answer to every question asked by every service. Instead, a little intelligence applied at the edge of the network or the edge of endpoint, can go a long way.