Home › Blogs › Getting down to business with IoT 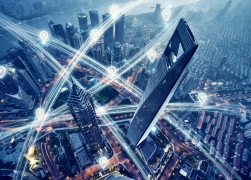 The role the Internet of Things (IoT) will play in the coming years is at the forefront of technological innovation and public imagination. However, while we all know how exciting the IoT boom is, there are also a number of inherent dangers with IoT adoption enterprises should be aware of.

IoT is expanding to more verticals and applications and the size of the industry is growing. This may not be a surprise, but it is worth noting. Some companies developing IoT solutions do not have long backgrounds in this market, a fact that carries both advantages and challenges, says Hubert Da Costa, VP of EMEA at Cradlepoint.

New players in the IoT space create new opportunities and bring different perspectives to the conversation around these technologies. At the same time, they bring new communications protocols, differing security strategies, and other technological variances. This is on top of the existing differences among even established IoT vendors.

The ever-growing group of IoT technologies and applications creates challenges, then, for interoperability and security. This is an area where the industry is already struggling to keep up; a number of panels and consortiums are working to implement common standards, but in the meantime, more and more technologies are being developed.

Given that no single set of standards has yet emerged, it is important that IoT buyers take their own steps to ensure the security of their network, with an underlying infrastructure that maximises device visibility and makes it easy to keep IoT devices separate from critical network areas.

Taking the appropriate steps to build a secure network architecture does not resolve interoperability challenges. It will, however, help reduce the risks associated with a fast-growing and largely unregulated technology sector.

Data and the bottom line

Data has been called ‘the new currency’, but what does this really mean? For most organisations, the highly valuable, actionable data has always been generated outside the company headquarters. For example, healthcare providers have worked for generations to get a better picture of patient behaviour, vital signs, and activity levels at home. Today, IoT wearables and at-home monitoring systems allow them to gather that information accurately rather than rely on patients to reliably relay those facts.

Similarly, agricultural operations have always relied on factors such as soil moisture, temperature, and weather forecasts to manage their crops; IoT devices in the fields can provide more frequent, up-to-date, and objective data.

The IoT business proposition is that, for the first time, the data generated away from company headquarters can be gathered more accurately and comprehensively, and can be analysed (and responded to) in real time.

This is why data is the new currency; it is now so abundant, objective, and actionable that it can be relied on to improve margins and drive profits. This is a monumental shift for businesses, and it requires restructuring the network to adjust for the fact that much of an organisation’s most important network activity is now happening at the Edge.

Machine intelligence at the Edge is an exciting (and necessary) development. Given that much of the most valuable data is being gathered at the network’s Edge, it also makes sense that emerging solutions are running data analytics and associated machine intelligence closer to the network’s Edge. In other words, data analysis is taking place closer to where that data is actually being captured by IoT devices.

This is an important feature for systems gathering time-sensitive or highly unstructured data. It is also important for use cases in which data security represents a major risk; processing closer to the Edge reduces opportunities for data to be compromised.

Again, legacy network architectures are being restructured to enable processing of big workloads at the network’s Edge, as well as enhanced utilisation of many of the cloud apps that help businesses interpret and act on big data. It is becoming more important for certain traffic to go directly to the Internet without backhauling it to company headquarters; other traffic needs to be processed, relayed, and acted upon without leaving its original location.

Given the enormous competitive advantages of IoT, enterprise IT teams are being looked at to help their companies implement projects that can help address evolving demands and get ahead of the competition. Those organisations must determine whether to build their own IoT projects from the ground up, purchase a ready-made solution, or strike some balance.

There are several factors to consider when seeking partners to help implement IoT projects:

Given that many factors surrounding IoT remain in flux, along with the major investment and demands for ROI associated with IoT projects, most organisations should look to experienced partners with solutions engineered specifically with the realities of today’s enterprise networks in mind. Typically, the costs and risks of developing an IoT project in-house outweigh any potential benefits of reaching a solution that is designed for a single company or use case.

The author of this blog is Hubert Da Costa, VP of EMEA at Cradlepoint