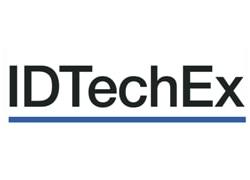 This includes tags, readers and software/services for RFID labels, cards, fobs and other form factors, for passive and active RFID.

In retail, RFID continues to be rolled-out for apparel tagging predominantly – that application alone will demand 8.7 Billion RFID labels in 2017 – which still has plenty of room for growth since this is less than 20% penetration of the total addressable market for apparel in 2017.

In other areas, RFID in the form of tickets used for transit will demand 825 million tags in 2017 and the tagging of animals is substantial as it continues to be a legal requirement in many more territories, with 480 million tags being used for this sector in 2017.

In total, IDTechEx expects that 18.2 billion tags will be sold in 2017 versus 15.2 billion in 2016. Most of that growth is from passive UHF (RAIN) RFID labels. However, in 2017 UHF RFID tag sales by value will be 25% of the value of HF tag sales, mainly because HF tags where used for security have a higher price point versus the cheaper, usually disposable labels used for tagging things.

IDTechEx Research has analysed the RFID market for over 18 years. This report provides detailed data and analysis of the entire sector based on our extensive research including interviews with RFID adopters and solution providers in the various applicational RFID markets, giving an unprecedented level of insight into the total RFID industry and what is really happening. Predominately, IDTechEx conducts research through interviews with companies across the value chain, site visits and conference visits followed by secondary research.

For UHF, HF and LF data provided includes numbers of tags, average sales price and total tag value for 24 application categories. Interrogator forecasts are broken down by frequency. The total RFID value is given for the eleven largest RFID markets.