Home › Companies › Beyond the smartphone: Turning data into sound 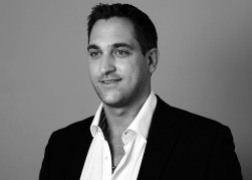 The Internet of Things (IoT) has changed the way we live, work and play to the point where we now rely on the ability of devices or machines to communicate in order to carry out many of our everyday tasks. However, we have only scratched the surface of connected communications to date.

Sound technology has the ability to connect humans to machines in a variety of ways. Using sound to transfer data is not a new concept. Think back to dial-up modems where sound was used in the earliest examples of networked computers.

Now, a technique called modulation/ demodulation allows data to be encoded into a series of pitches and tones that can be transmitted over the air that, on receipt, can be decoded by a receiving device, or group of devices. This could be referred to as a ‘sonic barcode’. Additional techniques for enabling devices to interact include audio triggering – allowing a device or a group of devices to react to existing audio.

Similar to (RF) based networking technologies including Wi-Fi and Bluetooth, sound is omni-directional. That means it is perfect for broadcasting data in a ‘one to many’ network configuration to devices which have no prior interaction or association.

Sound can also work entirely as peer-to-peer, meaning no additional connections are needed to ‘the cloud’ or other network services, making it ideal for situations where there is no other network access, reaching network ‘notspots’.

Many technology companies focus on developing data-over-sound solutions for smart devices (and more specifically, smartphones), the majority of which already have a plethora of existing networking capabilities. However, due to the fact that sound can be used to send data between devices that are completely offline, there is huge potential to use sound across a much broader range of devices and applications.

For example, in Industrial IoT, particularly within safety critical environments, the use of sound technology can provide communication capabilities to machines that have, to date, been isolated. For example, nuclear power stations cannot use RF based networking technology for fear of interference, and so therefore sound can create an IoT network in an RF restricted environment.

Here, data can be encoded and broadcast dynamically and received by any device with a microphone. This allows engineers to complete tasks such as taking readings from equipment and broadcasting these to a portable reporting terminal, tracking the location of portable equipment and triggering a behaviour in individual or a fleet of machines in the case of an emergency. With millions of people relying on energy providers to power their homes, this technology effectively allows these companies to monitor, diagnose and talk to their power stations in real-time.

Another example which pushes the boundaries of this technology beyond the smartphone can be seen in children’s entertainment. Hijinx Toys, an interactive toy company, brought its Beat Bugs toys to life through sound technology, allowing them to sing along with the Netflix show whilst remaining completely offline. In this instance, the toys recognise portions of the show’s existing audio and synchronise with the characters as they sing on screen.

This presents a number of opportunities for brands and content producers to create immersive experiences for their viewers using sound, without the need for physical devices such as toys to be connected to the internet or set up and paired with the broadcasting device.

The variety of these real-world use cases illustrates how any business, in any industry, can take advantage of data-over-sound technology. In whatever context, sound technology has the power to transform everyday experiences.

It is time for organisations to look beyond traditional methods of network connectivity and seek out alternative solutions like sound technology to reach new audiences or solve key business issues. When it comes to situations in which it is neither possible nor desirable to use existing networking technologies due to prohibitive costs, complex and offputting set up processes for the consumer or restrictions on the use of RF based networking technologies, sound technology can bring scalable solutions to the table that weren’t there before.

The reality is business leaders shouldn’t innovate for innovation’s sake. It’s about finding the balance between business goals, current challenges and realistic solutions. By harnessing the unique qualities of sound in innovative ways, organisations may find themselves able to reduce complexity and solve real business problems more effectively than ever before.

The author of this blog is Moran Lerner, chief executive officer of Chirp