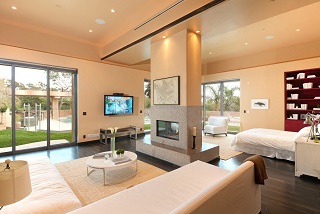 ANALYSIS: Since Apple revealed in June that it will start shipping an intelligent home speaker, HomePod in December excitement has focused on its audio capabilities. This focus suits Cupertino which is giving little away on its smart home capabilities which will have to play catch-up with Amazon and Google.

Pundits were already forecasting that 12 million smart speakers would be sold industry-wide in 2017 (Strategy Analytics, June 5, 2017) – even before Apple’s announcement. Amazon’s Echo is expected to snaffle 80% of unit sales this year, writes Jeremy Cowan, and there are expectations that 164 million intelligent speakers will be in use globally by 2022.

As Bill Ablondi, director of the analyst firm’s Smart Home Strategies programme says, “Apple has been rapidly building its HomeKit ecosystem of smart home devices and capabilities in recent months with manufacturers such as Logitech, Lutron, Honeywell, and Leviton.”

His colleague, Joe Branca, principal industry analyst on the team adds, “Amazon’s Echo has a commanding lead currently and Google’s Home Assistant has the potential to dominate the intelligent home speaker market in the long term, assuming it can capitalise on its clear strengths in search and machine learning.”

That dominance may come sooner since Google and Walmart announced last week that they are teaming up to offer voice-controlled shopping. Starting in September, American consumers will be able to use Google Assistant for voice shopping at Walmart in addition to Costco and Target stores. Google users will join those employing Alexa, Amazon’s artificial intelligence virtual assistant, to voice-shop from the US retail giant. If users sign up to Google Express they will also get free home delivery.

More than ‘lights on, lights off’

It seems the smart home services market has reached a tipping point. Early adopters have always seen a value in connected home hubs that enabled them to switch on heating, ventilation and air-conditioning (HVAC) units as they left the office. The majority of consumers, however, needed to see greater benefits. Voice-shopping and home delivery may be what they had in mind.

For now Amazon and Google still enjoy a lead over Apple, but in the longer run it may be a numerical rather than profit advantage. Apple has a track record of producing polished but high-priced devices and may cream off the most profitable end of the market. This would leave rivals to fight over mid-market buyers who are less likely to spend on expensive music subscriptions, or to buy and integrate high end audio and IT systems.

The devil is in the Data

These expanding smart home services are convenient for the consumer, they keep Walmart and other retailers busy, but above all they put Google, Amazon and soon Apple at the heart of our household purchasing decisions. Meanwhile, the data gathered makes us all a little more reliant on our chosen partner ecosystem.

Never mind devices, the real money will come to those who ‘own’ the consumer. It is a harsh Life Lesson that telecom network operators began to learn a decade ago as consumers deserted their Walled Gardens in search of new and exciting apps delivered Over The Top.

So spare a thought for Comcast (NASDAQ: CMCSA), the US cable TV and comms giant, which announced today it is focusing hard on smart home services – particularly home security. Comcast is growing its Xfinity Home security service, launched in 2012. Subscribers have doubled in the last two years to more than 1 million, according to quarterly results released in July.

This refocusing of its business comes at a time when more U.S. consumers are dropping traditional cable television packages or going wireless, in favour of cheaper alternatives. Comcast and cable rivals will need to capitalise on their position in the home and offer more services to increase revenues and customer loyalty.

The author is Jeremy Cowan, editorial director and publisher of IoT Now.