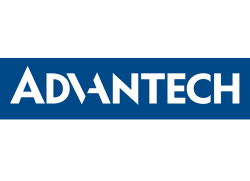 Advantech, a global provider of intelligent systems, held an investors conference and announced the appointment of Eric Chen, Miller Chang, and Linda Tsai as “co-presidents.”

In the future, these co-presidents will adopt co-creation and what the company calls “Holacracy”* strategies to lead the company toward new business opportunities in the Internet of Things (IoT). Meanwhile, Chaney Ho, the former president, has been promoted to executive director of Advantech.

Regarding the three phases of growth brought by the IoT, Advantech has been the leader of the hardware platform industry in the first phase. In anticipation of business opportunities that will arrive in the second phase, Advantech is planning to establish an internal department called IoT.SENSE to focus on developing the company’s co-creation model and the company also plans to develop solution-ready packages (SRPs) to drive growth during the second phase.

In the third phase of IoT growth, Advantech will place particular emphasis on its co-creation business model and accelerate the development of a business model with truly high potential for this phase, namely the introduction of industrial IoT cloud service providers. Advantech will thus continue to co-create as a platform provider.

Co-president Eric Chen (current CFO and CIO) stated that accepting the position presented both a learning opportunity and a challenge, and that he will continue to lead staff in contributing to the company, not only in finance and IT but also in management, governance, profit, and sustainability. He also looks forward to accelerating Advantech’s development of intelligent manufacturing and smart city solutions together with the other two co-presidents, so as to achieve the company’s brand vision of enabling an intelligent planet.

Co-president Miller Chang (current vice president of the Advantech Embedded Core Computing Group) believes that his main mission is to maintain Advantech’s position as the leader in the hardware platform industry during the first phase. Advantech’s future business model will focus on two areas—embedded core computing and allied design and manufacturing services—with the primary objectives of strengthening IoT devices and platforms and developing edge intelligence platforms.

Co-president Linda Tsai (current vice president of the Intelligent System Group) pointed out that the Industrial IoT Group will focus on the local market with an emphasis on specific vertical fields, and the group aims to develop SRPs for the second phase. The group will also establish a co-creation business model for partners in the third phase. In addition to overseeing these developments, she will also take on additional responsibility and support Advantech on its path toward sustainable development.

Chaney Ho, executive director of Advantech, stated that he has completed his mission for this phase since assuming the role of president in 2009, and in his capacity as executive director, he will continue to push the boundaries of Advantech’s global business to gain a more stable foothold in each market.

His focus will be on realising the full potential of the IoT industry in Taiwan. Furthermore, to help Advantech successfully implement the co-president model, he will serve as a mentor for the three co-presidents and other young executives, helping them with any concerns in decision-making that they may have. He will become the backbone of Advantech’s operations.

Finally, KC Liu, chairman of Advantech, stressed that the main directions of the IoT business model focus on a sharing economy and cross-disciplinary integration. Advantech must innovate its organisational structure and operations to seize the considerable opportunities in IoT over the next 15 years.

Additionally, Advantech is already actively engaged in co-creation and plans to invite organisations (Industrial Technology Research Institute and Institute for Information Industry) and leaders from various industries to collaborate in co-creating industrial IoT cloud service providers, with plans to co-create at least 10 companies within 3 years for full deployment in the IoT industry.

*The term of “Holacracy” is referenced from the book “Holacracy: The New Management for a Rapidly Changing World”, written by Brian J. Robertson. Holacracy is partially fitting into the ecosystem we face at the IoT market dynamic. However, we do not 100% adopt the methodology stated at the book. In addition the three co-presidents mechanism is the first step of the successor plan of Advantech.