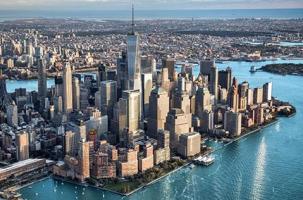 Autonomous vehicles are fast moving from a distant aspiration of the future to a reality of the present day, with more and more companies investing in the development of the self-driving cars.

It’s not surprising that companies and cities are eager to be involved, with reports claiming that over the size of the connected car market is expected to reach $4.69 billion (€3.93 billion) by 2020.

Five cities in particular have snagged the chance to be at the forefront of making autonomous vehicles a reality for consumers.

In May this year, the state of New York handed Audi a license to begin test-driving the autonomous vehicles.

The New York State Police and The Department of Motor Vehicles both approved test-driving that will take place with two engineers present in the car.

Audi is expecting its Level 3 system with ‘Traffic Jam Pilot’ to be ready for the market in 2018. The ‘traffic Jam Pilot’ allows hands free driving up to 25 mph on a divided highway. The Level 4 system – which isn’t expected to be available until 2020/21 – can manoeuvre the car at highway speed with the ability to change lanes without assistance.

Audi weren’t alone in their desire to test-drive autonomous vehicles, with Nissan taking their converted electric Nissan Leaf to the streets of London in March.

The Queen gave her stamp of approval for London’s development of self-driving vehicles in her 2016 speech, and ensured the city would be heavily involved in any industrial development.

Nissan also hopes to have fully autonomous cars ready for us as showpiece taxis during the 2020 Olympic Games held in Tokyo.

Speaking of the Tokyo Olympics – and taxis – Japanese robotics maker ZMP Inc has partnered with taxi operator Hinomaru Kotsu, as part of its own plans to launch a self-driving cab in time for the 2020 Olympic Games.

Much like companies such as Waymo, ZMP is developing automated driving technology — both software and hardware — that uses lasers, sensors, cameras and other equipment to guide a driverless car and its occupants safely through traffic.

Hinomaru Kotsu operate a fleet of over 600 cars in the city and are looking to update them with driverless technology.

Transportation company Lyft has partnered with driverless software provider NuTonomy to launch a self-driving ride hailing service in Boston. A pilot project is set to be rolled out in coming months and will see cars begin picking up riders from across the city.

With a focus on the passenger experience and system that is able to interact with its rider, Lyft and NuTonomy​ hope to produce on demand, driverless transportation.

As Lyft co-founder and CEO Logan Green noted during a press call for the new partnership, his belief is that ride sharing will account for over 80% of all miles traveled within a couple of decades.

‘Where on earth is K-City?’ we hear you ask. Well, in an effort to fully test the true potential of autonomous vehicles, South Korea are in the process of building a city-sized test bed for driverless cars.

Due to open in October this year, K-City will be an 88-acre metropolis devoted to testing self-driving cars – making it the largest test facility on earth. As well as bus-only lanes and highways, the purpose-built city will also include zones for autonomous parking.

More than $9.6 million (€8.05 million) has been invested in the project, which is expected to be used by automakers Hyundai and Kia Motors, as well as South Korean companies like SK Telecom, Naver and Samsung.