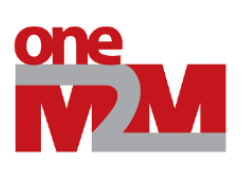 The growing momentum behind a horizontal, standards-based approach to further evolve the Internet of Things (IoT) will be on show at Mobile World Congress (MWC) Americas, with numerous oneM2M member companies speaking and exhibiting at the event.

According to Gartner, there will be 8.4 billion connected devices in use by the end of 2017 – but interoperability remains a key concern for the IoT industry and acceleration of the market demands a more multi-purpose and collaborative approach.

Demonstrating how their solutions fit in with this market strategy at MWC’s inaugural Americas event, will be oneM2M member companies including Grid Net, iconectiv, InterDigital and Qualcomm. Representatives from HPE and iconectiv will also be speaking at the event.

“As the IoT device and platforms market grows at an exponential rate, interoperability is a crucial component in ensuring that this momentum isn’t wasted,” said Nigel Upton, general manager of IoT at HPE. “Standards-based approaches such as oneM2M are going to be vital in accelerating the mass deployment of the IoT and ensuring that it meets its full potential. Events such as MWC Americas bring together some of the leading companies in the IoT industry and it is great to see so many flying the flag for oneM2M.”

Upton will discuss his company’s oneM2M-compliant Global IoT Platform during the IoT Platforms and Services panel at MWC Americas on Wednesday, September 13 at 3pm PT. It has already been announced that HPE’s Universal IoT Platform will be used by Tata Communications in India’s first LoRaWAN™-based network. This will roll out to Tier 1, 2, 3 and 4 cities in the first phase, touching over 400 million people.

In addition, Chris Drake, CTO, of iconectiv, will speak on Tuesday, September 12, 2017 in a session entitled, The IoT Identity Crisis. In his presentation, Drake will discuss how device interoperability and security standardisation is critical for the seamless integration of devices, networks and applications.

Among several other oneM2M member companies exhibiting, Grid Net will be in attendance at the Qualcomm booth, displaying its oneM2M-compliant Service Layer Platform and its Smart Grid application solution, which is commercially deployed and customer scale tested to more than 30 million managed smart grid devices.

For more information on the event – including a full list of speakers and exhibitors – please click here.