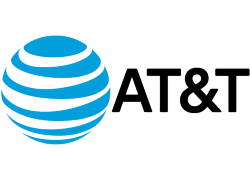 AT&T is deploying LTE-M technology across our network in Mexico. We completed LTE-M pilots in Tijuana and Puebla, Mexico in the third quarter.

AT&T deployed a nationwide LTE-M network within our 4G LTE network in the U.S. earlier this year. We can now reaffirm plans for deployment across Mexico by the end of 2017. It will create the first North American footprint for technology that promises to connect more “things” than ever before.

“The success of these pilots validates we’re on schedule to expand our North American footprint this year,” said Carlos Sanchez, chief technology officer for AT&T in Mexico. “The possibilities for business customers on both sides of the border are endless.”

LTE-M is a low-power wide-area technology with many advantages over traditional LTE connectivity. They include better coverage deep inside buildings and underground, longer battery life (up to 10 years) and compact module size – as small as a penny. It’s ideal for personal wearables, smart meters, asset tracking, security and alarm monitoring, and more.

LTE-M is part of our broad base ecosystem of collaborators, devices and applications for a more connected world.

The first pilot was held in Tijuana, the largest city on the Baja California Peninsula. Strategically located on the border with the U.S., Tijuana is a key manufacturing, financial and industrial center.

The second pilot was held in Puebla. Located in central Mexico, Puebla is an industrial and technology hub that hosts the automobile industry.

In Tijuana, we completed the first international LTE-M data session from our U.S. LTE-M network to our Mexico LTE-M network. This is a big step toward creating a North American footprint. Business customers want the same consistent LTE-M experience across the U.S. and in Mexico that they now have with the AT&T 4G LTE network.

Be sure to check out AT&T’s booth at Mobile World Congress Americas, September 12-14, to learn more about how we are shaping the future through IoT innovation.