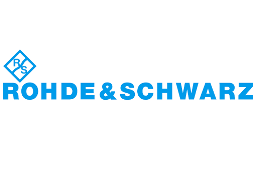 In the R&S and Huawei lab, the 1.2 Gbps download speeds were achieved by using the combination of up to three downlink FDD carriers on which carriers can be received separately on four transmission layers (4×4 MIMO), and 256 QAM data modulation. 3GPP 4×4 MIMO (multiple in, multiple out) mandates four receive antennas on the device side, thus four RF connections are needed. These are provided by the 4×4 MIMO functionality of the R&S CMW500 wideband radio communication tester.

“We are pleased that Huawei has completed the test with R&S and witnessed together this performance breakthrough in the smartphone industry,” said Ai Wei, Huawei Fellow. “The Kirin 970 has become the first SoC to support LTE Cat.18 DL and Cat.13 UL connectivity with a peak downlink speed at 1.2Gbps. A new milestone has been achieved to show that Huawei’s Kirin SoC is once again in a leading position in the LTE-A-pro wireless communication industry.”

“Both Huawei and Rohde & Schwarz are industry leaders in promoting the evolution of LTE-A-Pro technology and we are delighted to be working together to achieve this new milestone,” said Anton Messmer, vice president Mobile Radio Testers at Rohde & Schwarz.

“The R&S CMW500 is the ultimate test platform to simulate and verify the combination of signaling and end-to-end data transmission on the involved carriers, regardless of the 3GPP defined band configuration to be tested. For testing LTE in unlicensed spectrum configurations, the downlink carriers could even be set up in the 5 GHz unlicensed spectrum. ”

The R&S CMW500 in its R&S CMWflexx configuration is the first test platform that offers a downlink carrier aggregation solution for up to 5CC 4×4 MIMO, for protocol, RF and data performance verifications up to 2 Gbps throughput.