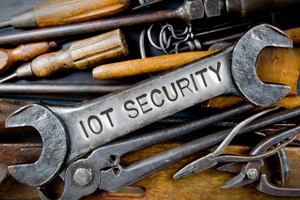 Previous attempts to rollout a reliable and affordable low-power wide-area (LPWA) communications network in the UK have fallen short of the mark, resulting in a lack of confidence in the technology, misinformation in the market and uncertainty among customers. That’s the view of Neal Forse, chief executive of WND UK, the UK’s primary Sigfox network operator. WND UK is committed to providing Sigfox coverage to 95% of the UK population by 2019.

“The feedback we’re getting from many of our channel partners is that some customers remain uncertain about the reliability, security and costs associated with using the Sigfox network. We’re spending a lot of time reassuring customers that Sigfox is proven technology and the basis for a commercially viable IoT network. Unfortunately, the failure of previous network operators to deliver on their promises has left us with a confused market,” commented Forse.

As the promise of the IoT becomes a reality, service providers and manufacturers are looking for reliable and affordable network solutions to power the billions of low-powered devices expected to come online over the next few years.

Forse continued: “If we look at what WND is achieving in international markets such as Europe and Latin America as it continues to deploy Sigfox networks throughout Brazil, Mexico, Columbia and Argentina, then customers should be reassured that we will achieve the same outcomes here in the UK.

“Regarding the economics of using the network, we’ve adopted an entirely different business model compared to previous network operators that allows us to rapidly deploy base stations, and at no cost to customers.

“It’s a model that is based on usage rather than passing on network deployment costs to our customers. We firmly believe that it is the responsibility of the network operator to fund the development of the network infrastructure. We base licence fees on message volume, resulting in very low ‘per message’ charges for high-volume users. Furthermore, unlike other IoT networks, you don’t require a gateway to use Sigfox.”

Tim Streather, channel partner and co-founder of Spica Technologies confirmed the benefits of WND UK’s new approach to the Sigfox network rollout: “Working with WND UK is a huge plus for us because of its refreshing customer-centric model to building out a UK Sigfox network.

Its dynamic rollout strategy ensures that Sigfox base stations can be deployed at customer sites anywhere in the UK and be fully operational in a matter of weeks. WND UK’s approach is about getting base stations rolled out at speed throughout the country.”

Nick Pummell, managing director for LPRS, commented on the power and cost benefits of Sigfox: “We explain to our customers that when it comes to wireless technologies, then it’s not a case of ‘one size fits all’. However, Sigfox is a really interesting proposition for us and our industrial customers as it’s a reliable technology which has proved particularly useful for battery powered devices that live in the field for many years, periodically sensing and transmitting their application information.

Sigfox’s ultra-narrowband (UNB), low-power technology is enabling lots of new applications that were previously not possible using other radio technologies.”

WND UK claims that no other IoT network operates in the same way as Sigfox, and that its protocols are measurably more secure and robust than competing systems.

Forse explained: “Although Sigfox-ready devices are classed as IoT objects, they are not directly connected to the internet and do not communicate using internet protocol. Sigfox-enabled devices have a built-in behaviour; when this requires data to be transmitted or received, a device will communicate via a radio message.

Each message is picked up by several access stations and is delivered to the Sigfox cloud network over a secure VPN, which then relays it to a predefined destination, typically an IoT application. Because Sigfox devices don’t have IP addresses, they are not addressable for rogue hackers to gain access.”

Such a security design ensures that Sigfox-ready devices are prevented from sending data to arbitrary devices via the internet and are shielded from interception by strict firewall measures.

With the costs of connectivity and devices falling significantly, everything is now in place for Sigfox to become the preferred wireless network technology for low-powered devices.

David Griffiths, director for WaveReach Ltd, said: “Sigfox is a very affordable technology from a communications aspect, particularly when compared with other wireless technologies such as cellular, wi-fi or microwave. It’s a superb technology and once rolled out in the UK, the network will provide a robust, low-priced means of getting data around the country.”

WND UK is adopting a dynamic rollout strategy, prioritising deployments to meet customer demand. Since the launch of its UK operation in March 2017, the operator is already providing coverage to over 37% the UK’s population and is on track to cover 50% before the end of 2017, with over 450 base station installations across the UK.