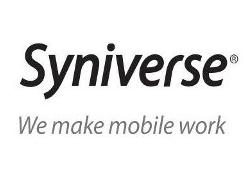 A study by Syniverse into global LTE data roaming shows North America and Latin America together account for over 81% of all LTE roaming traffic worldwide. The study also highlights the relative scarcity of inter-regional inbound and outbound LTE roaming outside of the Americas.

The study by Syniverse analyses inter-regional data traffic across more than 1,000 mobile operators in six regions: North America, Latin America, Europe, Asia Pacific, India, and the Middle East and Africa. The results reveal that North America is the origin for 70% of the world’s total LTE roaming traffic and that 55% of the world’s LTE data terminates in Latin America.

“Our study shows that the Americas today contribute the lion’s share of the world’s LTE data roaming traffic,” said Mary Clark, chief corporate relations officer and chief of staff at Syniverse. “We can attribute this to North American operators being among the first to launch LTE services at scale several years ago. In Latin America, meanwhile, operators are investing heavily in LTE as a wireless alternative to fixed infrastructure for broadband services.”

The Syniverse study shows that a significant majority of the world’s total LTE data roaming occurs between the neighboring regions of North America and Latin America.

For North America, 78% of its total outbound LTE traffic is exported to Latin America, followed by 12% to Europe, and 8% to Asia Pacific. India and the Middle East and Africa each receive just 1%. Of North America’s inbound LTE roaming traffic, 61% is imported from Latin America, 24% is imported from Europe, 11% from Asia Pacific, and 4% from the Middle East and Africa.

“LTE is on track to become the new standard for mobile voice and data globally,” said Clark. “Our study makes clear that LTE roaming is an established fixture between North America and Latin America. What’s concerning, however, is the relative lack of LTE roaming between the Americas and the other regions in the study – not just in emerging markets like India and the Middle East and Africa, but the developed markets of Europe and Asia Pacific as well.”

Enabling LTE roaming is essential for operators to capture revenue from 4G, and later 5G. Syniverse’s data suggests that routes across the globe need to deploy the secure IPX backbone that is central to accelerating the maturity of LTE networks and bringing 5G one step closer.

“The opportunity for operators in the Americas is twofold,” Clark added. “First, they must have sufficient IPX capacity to provide secure, high-quality LTE roaming between well-traveled destinations. Second, they must create innovative offers to encourage customers to use their device when traveling.

More details and findings from Syniverse’s LTE roaming study, including additional data and supporting visuals, can be found here.