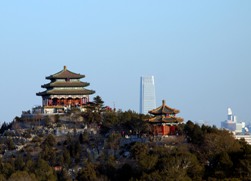 Chris Houghton, head of Market Area North East Asia, Ericsson, says: “We recognise the importance and innovation of the Chinese market and by working closely with ecosystem partners such as Intel, we are helping to pave the way for a successful rollout of 5G in the future. This accomplishment is the first of many that will enable our customers to benefit from better, smarter networks.”

Asha Keddy, vice president and general manager, Next Generation and Standards Group, Intel Corporation, said: “To help the communications industry meet its ambitious targets, Intel in September 2017 announced its Intel® 5G Mobile Trial Platform as the first to meet upcoming new radio standards. This flexible Mobile Trial Platform is powered by high-performance Intel® FPGAs and Intel® Core™ processors, which allow for early collaboration and innovations with Ericsson that will benefit the Chinese market.”

The maturity of 5G standards is an essential step on the road to commercial 5G deployment in China. With the completion of the first over-the-air interface of interoperatbility verification, the Ministry of Industry and Information Technology is now one step closer to making 5G on the 3.5GHz band a reality in China.