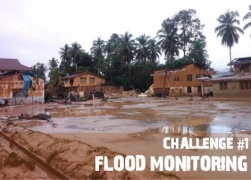 Flooding can devastate a city faster than almost any other natural disaster, and the financial, physical, and emotional repercussions can leave an area reeling for months. The Pew Charitable Trusts report that damage from flooding cost the United States nearly $2 billion each year from 2006 to 2015, with 36 declared federal flooding and hurricane disasters in 2016.

Pew adds that 2016 flood damage totals cost the nation a staggering $4 billion. Thanks to crumbling infrastructure and rising temperatures, that total may only increase as time goes on. Fortune notes that Hurricane Harvey recovery alone is conservatively estimated to cost more than $180 billion in the coming months, says Carmi Brandis of Aeris.

For emergency management and city services, however, new tools linked to the Internet of Things (IoT) offer an interesting opportunity to get ahead of the danger and monitor flooding as it happens. Versatile and perfect for collecting large amounts of complex data, IoT networks can become both an alert system and a tool for flood data collection. With IoT on their side, responders may be better able to react to disasters, prepare for the future, and justify infrastructure reinvestment.

I-Scoop reports that after tremendous flooding in 2015, the community of Calderdale in Britain organised a basic low power wide area (LPWA) network to monitor rising water levels in their community. Monitors were stationed everywhere throughout the neighborhood, including residences, businesses, and points along the local river itself.

Similar systems can be used almost anywhere in the world to provide live updates on water levels for each floodplain, reservoir, bayou, or retention pond in an area. Best of all, once a network is linked, data can be pooled and mapped in one location on the cloud to provide an accurate “big picture” outlook on the crisis.

LPWA and cellular water level monitors may provide additional assistance to officials weighing the need to release aging dams, levees, and reservoirs during a storm. Coupled with cellular-linked motion sensors that can detect shifts and subsidence in infrastructure, IoT-enabled water level monitors could act as an early warning system, giving officials plenty of time to notify impacted neighborhoods in advance of a release. Additionally, SIM card-linked cameras could help responders keep a clear eye on the situation from a safe distance. 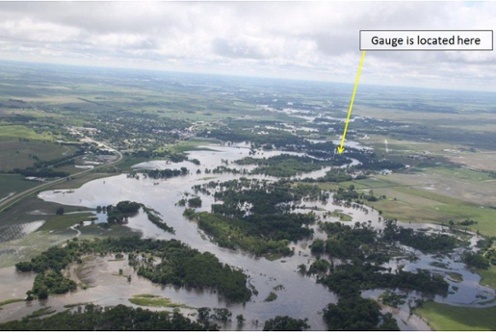 Rising water alarms and rain gauges may be linked to roadways, too. Cities easily could outfit dangerous underpasses, highways, or low-lying county roads with SIM card-assisted water level monitors that, when triggered, send a signal for road closure to the nearest available first responder. Similarly, rain gauges may be employed to send out an alert whenever a certain amount of rain falls near the roadway within a given amount of time.

More advanced systems may link these monitoring devices directly to digital signage or a simple drop-arm gate linked with its own SIM card. Once activated with a ping from the water level monitor, the signage could display a simple “Road Flooded” message, or the gate could be lowered to prevent passage.

For weather trackers and state or county officials tasked with traveling into the storm for closer research, IoT lets mobile labs stay connected from the road. Using SIM cards, mobile weather labs can easily connect to a local cellular IoT network and transmit their findings back to the station. This would allow everything from barometers to cameras and wind gauges to connect with the cloud while on the road, thereby allowing for high speed data uploads. Coupled with precise GPS, SIM card-connected mobile labs could provide unparalleled information about flood threats before those threats ever hit the target area.

Flood data: Predicting the future from the past

Live updates from a flood in progress can greatly assist first responders as data can be pooled quickly and uploaded to a single cloud-based monitoring system. Once uploaded, the information becomes accessible to everyone on the team, facilitating greater teamwork and dynamic problem solving. But aside from the obvious and immediate utility of IoT-linked flood gauges, barometric pressure monitors, and dam alert systems, collecting data, over time, can allow for safer evacuation planning.

Cities with monitored waterways have an easier time predicting which roads will flood first, which neighborhoods are likeliest to see the most water damage, and which path out will be safest. For example, NetHope writes that many communities in Honduras are beginning to use sonar-assisted IoT alert systems to detect coming floods and mudslides.

These cost effective and easy to maintain systems track the speed of rising water and can notify officials immediately to issue faster evacuation notices. In this sense, IoT monitoring buys cities time to act. Given enough warning, cities can better direct organised and timed evacuations that safely move thousands or even millions out of harm’s way.

Urban planners also may analyse the data collected from the IoT flood management system for information about particularly vulnerable infrastructure. Is one roadway flooding more than the others? Are homes in one neighborhood always flooding faster than the rest? Backed up with data from the city’s IoT network, planners can make an evidence-based case for shoring up old drainage systems, raising roadways, or reinvesting in infrastructure that keeps residents and businesses safe.