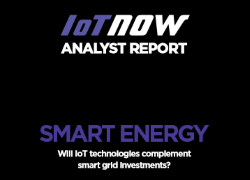 The concept of a smart grid in the power and utilities sector took shape at around the same time as the Machine-to-Machine (M2M) sector began its own transformation journey towards Internet of Things (IoT). The official characteristics of a smart grid were defined in the United States at the end of 2006 while the European Union set up a smart grid task force in 2009 to drive the necessary research and development efforts.

According to the US Department of Energy, a total of US$7.9 billion of private and government funding were invested in 99 smart grid projects with 228 utilities over a six-year period of 2010 and 2015. The European Commission Directorate-General Joint Research Centre on the other hand committed €5 billion between 2002 and 2016 in 950 smart grid projects.

At around the same period, the M2M sector was growing out of a cottage industry between 2005 and 2007 to one where M2M modules manufacturers began to acquire assets to establish technology and market share leadership between 2008 and 2010. The M2M sector was optimistic that the power and utilities sector, particularly the distribution network operators, will drive connection volume and revenue significantly between 2010 and 2020 because millions of electricity smart meters have to be deployed globally within the decade. Reality was far from expectations; the sense of urgency within the M2M sector was not matched by the power and utilities companies.

The M2M sector’s expectation that EU regulations will obliged EU member states to deploy smart meters did not materialise in the same scale and timelines. Instead, the power and utilities sector embraced IoT technologies at their own business priorities. Their sense of urgency in relying on IoT technologies became more acute as they face adapt or die scenarios from five key disruptive influences. These 5 factors create new market entrants, which makes a traditional monopolies or oligopolies incapable of responding to competition. IoT technologies enable power and utilities companies to address these five factors in a do-or-die scenario.