Home › IoT News › Auto innovation could save thousands of lives and $35bn, but first we have to build the foundations 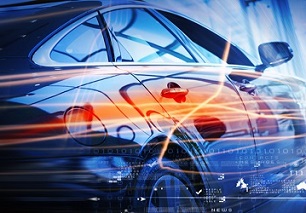 Everyone is talking about autonomous vehicles but to make it work the automotive industry needs to create a connected car ecosystem for over-the-air (OTA) software and data updates. A 2015 IHS Market report says OTA will save car makers worldwide more than US$35 billion by 2022 but, parking the financial incentive for a moment, OTA also enables critical vehicle-centric data to be sent and received.

How does that affect you? Well, this could impact everything from mitigating safety recalls to cybersecurity updates, from insurance benefits and vehicle diagnostics to connection with the smart home.

To find out what drivers and car makers can expect in the next few years, here Jeremy Cowan talks to Scott Frank, vice president of Marketing at Airbiquity in the US.

IoT Now: How far down the road are we today towards full Level-5 vehicle autonomy? And when will we experience it?

Scott Frank: We won’t experience fully autonomous driving, defined as SAE level 4 and 5, until at least 2030. But we do expect to see a significant uptick in public testing and closely managed rollouts of autonomous vehicles in selective commercial applications starting as early as late 2018.

IoT Now: What will be the benefits of this degree of autonomy? Can you attach numbers to this yet?

SF: Autonomous vehicles promise to have significant safety, efficiency, and environmental benefits. Because they will be loaded with sensors, autonomous vehicles will be able to detect road conditions and react much faster and more reliably than human drivers. Predictions for traffic accident reductions are greater than 50%, and a lot of lives and property damage will be saved.

IoT Now: The growing complexity of cars is leading to an increase in vehicle recalls which would be cut by over-the-air software (OTA) updates. What are the costs of not developing OTA software?

SF: Not developing and deploying OTA technology would literally leave billions of dollars of cost savings on the table, and automakers are very good at taking advantage of any cost savings opportunities they can. Updating software in a non-OTA enabled vehicle is a time-consuming manual process performed by the automaker during production or authorised dealers and service providers post-production. The cost to perform manual software updates have been estimated at $50 per half-hour of labour.

When you factor in multiple software updates per year per vehicle, for hundreds of millions of vehicles across multiple automakers, the global expense savings estimate grows into the billions. How big? A 2015 IHS Market report cites a $35 billion global OTA cost savings estimate – that’s a very compelling reason for automakers to invest in OTA technology for their vehicles. OTA is definitely in our transportation future as evidenced by an SBD Research analysis that forecasts a third of new vehicles sold in the U.S. will support OTA updates by 2025, and GM’s recent announcement that their entire vehicle portfolio will be OTA-enabled by 2020.

IoT Now: What is Airbiquity doing in this respect?

OTA can also be used for data collection and analytics to improve product quality, operational efficiencies, and power new “driving-centric” consumer services. This will be both timely and highly relevant because they benefit from access to real-time knowledge of vehicle condition and location, individual driving behaviour and preferences, and increasingly off-board data from managed ecosystems and connected transportation infrastructures.

However, planning and executing OTA will be an increasingly complex proposition because of the proliferation of vehicle software and data that needs to be managed due to continued advancements in advanced driver assistance systems (ADAS), vehicle-to-everything (V2X), and fully autonomous driving.

Airbiquity’s OTA solution, OTAmatic™, takes the complexity out of automotive OTA by reliably and securely orchestrating and automating software updates and data management – at scale. OTAmatic provides a multi-electronic control unit (ECU) capability to manage both software updates and data collection with one system, highly-refined policy-based back-end management tools, and global service delivery availability. OTAmatic can also be deployed in the Airbiquity cloud (Choreo™), leading public clouds (like Amazon Web Services or Microsoft Azure), or on-premises in customer data centres. It’s an innovative, market-leading product offering that is being very well received in the industry.

IoT Now: What kinds of data could be shared between vehicles, insurers, owners, users and mobility providers (since car makers may not sell us cars)?

SF: For background, there are two major categories of data that will be collected: vehicle operational data and driving behaviour data. From there, the specific data points collected will vary based on the business and programme requirements of the automaker or mobility service provider deploying the program. There will also be an increasing amount of data points — and data volume — that can be exported off a vehicle due to continual advancements in on-board technology like cameras and sensors.

Most automakers and mobility service providers are moving to collect as much data as possible going forward to maximise their data and analytic opportunities which span product or service support, customer service, business operations, and monetisation. When it comes to sharing data, there isn’t a lot of that going on right now due to the relative immaturity of data collection and analytics in the industry as a whole. But Airbiquity expects that to change going forward with the introduction of OTA systems, expanded managed ecosystems, and associated monetisation efforts.

Having said this, the industry will need to begin differentiating data that belongs to the automaker or mobility service provider from data that belongs to vehicle drivers and passengers. At a macro level, we think a likely scenario is vehicle operational data (system and component level) will be owned by the automakers and service providers who can leverage it to understand the vehicle condition, ensure it’s operating as intended, detect cybersecurity breaches, and conduct vehicle recalls, maintenance, and service.

Driving behaviour data like location, speed, and braking will be owned by consumers (i.e. the person driving the vehicle) and will be able to opt-in or opt-out to sharing their data at any point in time. We also expect that consumers will increasingly look for something of value in return for sharing their personal data, so the onus will be on the automakers and service providers to build that into their programs and communicate it clearly.

IoT Now: How much data processing needs to be done in-vehicle and how much can be done remotely? What are the implications for edge computing and real-time connections?

SF: At this stage of technology development, it’s too soon to definitively say how much data processing needs to be done where. However, it is clear that an efficient balance between on-board (edge) and off-board (cloud) processing will need to be determined based on the types of data and analytics that need to be managed and the cost of increasing on-board processing power to accommodate edge analytics and network bandwidth between the vehicle and the cloud for cloud-based analytics.

IoT Now: Is this focus on real-time data analysis raising the bar for emerging car makers?

SF: It’s raising the bar for all automakers, both established and emerging. Those that don’t integrate real-time data and analytics into their connected vehicle programs and services will lose the opportunity for a competitive edge in terms of vehicle quality and safety, features and customer service, and more efficient operations and overall business model.

IoT Now: What will be the role of artificial intelligence and machine learning in profiling passengers’ needs and adapting the vehicle, its route and performance to its users?

SF: Artificial intelligence (AI) and machine learning will play a critical role in creating the next generation of vehicle user interfaces and transportation experiences. The integration of AI technologies such as Alexa and Siri will advance vehicle command and control, and machine learning will enable vehicles to proactively provide timely and highly relevant mobility related suggestions based on individual personal preferences, driving habits, and other behaviours. These technologies will also be essential to enabling a consistent, personalized driving experience for consumers participating in vehicle sharing and on-demand autonomous vehicle

These technologies will also be essential to enabling a consistent, personalised driving experience for consumers participating in vehicle sharing and on-demand autonomous vehicle ride-hailing programs.

IoT Now: Is it a major challenge to integrate autonomous vehicles with non-connected, driver-led traffic?

SF: Absolutely. As fully autonomous vehicles slowly make their way into broader commercial and non-commercial utilisation, we will go through a period where autonomous and non-autonomous vehicles will have to share roads. Eventually, a point may be reached where there’s enough autonomous vehicle volume to begin building or allocating autonomous dedicated lanes on major roadways to separate the vehicular traffic, if that becomes the most practical and safe way to handle a mixed vehicle environment.

It is, however, very likely that dedicated autonomous lanes will not be allocated on smaller roadways and streets, so both types of cars will have to share the same lanes in those scenarios. There’s also the possibility that some cities may establish fully autonomous zones which will exclude non-autonomous vehicles entirely but we still have a lot of work to do between automakers and federal, state, and local government to evaluate these scenarios and begin the transition.

Scott Frank, vice president of Marketing at Airbiquity in the US, was talking to Jeremy Cowan, editorial director of IoT Now and IoT Now Transport.