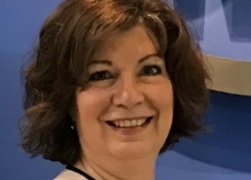 Smaller manufacturers matter a great deal for the industrial sector

While, in general, small and medium-sized enterprises (SMEs) constitute a vital force in the economy in terms of job creation, innovation and role in exporting, smaller manufacturers in particular also are an indispensable link in the supply chain of larger manufacturing companies, say Mary Bunzel and Alain Louchez.

A 2015 eye opening report from the executive office of the president and the U.S. Department of Commerce on Supply Chain Innovation: Strengthening America’s small manufacturers is quite explicit in this regard (pp. 3-4): “dense networks of small- and medium-sized manufacturers increasingly power the engine of America’s supply chains.

For much of the 20th century, firms were likely to design and build their own products using internally produced parts and proprietary technologies developed by their own employees. In recent decades, such vertical integration has become less common, with many firms focusing instead on a few core competencies and outsourcing other stages of production to suppliers, sometimes thousands of suppliers.”

As a result, whatever happens regarding small- and medium-sized manufacturers (SMMs) matters a great deal for the health of the manufacturing sector, especially when it comes to the adoption of advanced technologies such as “Industrial Internet of Things” (IIoT) technologies.

Many terms like “Industry 4.0” “digital manufacturing” and “digital transformation” are used around the world along with IIoT to refer to the insertion of automation and interconnection technologies in manufacturing. The related Bills introduced in March and July 2017 in the U.S. Congress (S.768 and H.R.3240: Smart Manufacturing Leadership Act) propose a useful definition for the purpose of this article:

Recent reports such as MPI’s 2017 Internet of Things study on the production of smart devices and the implementation of embedded intelligence within plants, processes, and products of manufacturers around the world, and the PwC/Manufacturers Alliance for Productivity and Innovation (MAPI) survey on monetizing the Industrial Internet of Things note the acceleration of adoption of IoT technologies among manufacturers.

However, it is also fair to acknowledge that IIoT adoption is uneven among enterprises and the concern exists of a growing divide between the large “haves” and the not-so-large “have-nots”. Echoing this concern, one of the goals of the “Smart Manufacturing Leadership Act” is to provide SMMs with the same opportunity as their larger competitors in the adoption of smart manufacturing technologies and practices.

The authors of this blog are Mary Bunzel, director, Manufacturing and Industrial, Industrial Sales & Marketing Group, Intel Corporation and Alain Louchez, managing director of the Georgia Tech Centre for the Development and Application of Internet of Things Technologies (CDAIT).

The views expressed in this article are solely the authors’ own and do not necessarily represent those of Intel Corporation, the Georgia Institute of Technology (“Georgia Tech”), the Georgia Tech CDAIT members, the University System of (U.S. State of) Georgia or the (U.S.) State of Georgia.