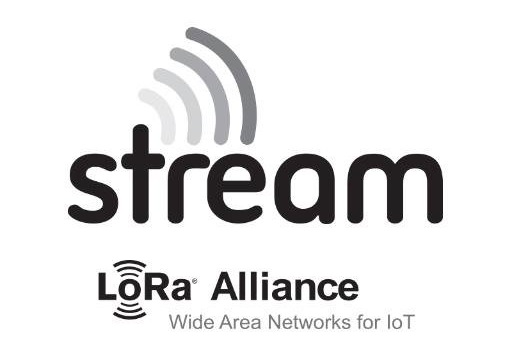 From wearables that track your heart rate to wireless soil sensors that come with an advanced analytics platform for farmers, the Internet of Things (IoT) is reaching every corner of our lives. In fact, research company Gartner predicts that there will be 20.4 billion connected devices in the world by 2020 while the UK government has pledged an investment of £32m in IoT.

As our homes, cities and workplaces become ever smarter and a Wallace and Gromittype setup becomes more and more feasible, entrepreneurs are continually uncovering new IoT solutions. And hoping to provide these entrepreneurs with the conditions needed to both test their ideas and turn them into successful businesses is Plexal: the innovation centre based at Here East in Queen Elizabeth Olympic Park. 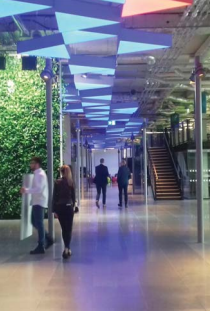 Up to 800 tech entrepreneurs can choose to hot desk, have a fixed desk or rent a private office as well as benefit from having professional services companies on-site to advise them on everything from marketing to recruitment. Plexal also provides meeting rooms, innovation programmes and an events space for hosting either intimate meetups or larger conferences. It’s been designed as a mini-city and features a high street, an interactive living wall that you see when you first walk into the space and an indoor Plexal Park.

Step outside and you’ll bump into other Here East tenants like Loughborough University and Studio Wayne Mcgregor. Matchesfashion and University College London are moving to Here East too while Ford will be seeting up its Smart Mobility Innovation office there.

This set-up was enough to attract Stream Technologies, which has chosen to move its London office from Canary Wharf to Plexal. Mohsen Shakoor, who leads IoT-X strategic partnerships for the company, relocated to Plexal to explore the growing number of strategic partnerships and adopters of IoT-X. He also wants to develop Stream’s presence in London.

“The relocation of Stream’s London office is motivated by the unprecedented levels of growth the company is experiencing,” he said. “My move from Glasgow to the new London office is indicative of the emphasis that Stream is putting on supporting strategic accounts and fostering new relationships on an international basis.”

In addition to being a member of the Plexal community, Stream is deploying a LoRa network across the site and wider area. The network will support the enterprises, academic institutions and startups located at Plexal, helping them realise their IoT potential.

With incubator LoRa networks deployed in Glasgow, Liverpool and London, Stream is providing an entryway into LoRa technology and encouraging collaboration between industry experts, academics and enterprises. It’s Stream’s objective to nurture the development of the IoT and foster growth throughout the industry. 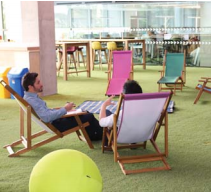 Speaking about the deployment, Nigel Chadwick, Stream’s chief executive, said: “Our new office at Plexal provides Stream with a fabulous base in one of Europe’s leading technology hubs. This will lead to a build-out of a LoRa network and other IoT technologies around the Plexal site and the wider London area, as IoT continues to take off globally. Plexal’s location and facilities are world class; they will help accelerate innovation and the commercialisation of not just IoT, but robotics, VR and AI too, among other technologies. The office and facilities at Plexal will help accelerate Stream’s expansion nationally and internationally.”

From Plexal’s point of view, the LoRa network offers a solid, long-range, lowbandwidth network that’s globally compatible and ideal for companies working within IoT. Its frequency, which is available worldwide, means people working with connected devices or supporting connected devices can build and test their solutions at Plexal.

The LoRa network also allows companies to monitor the environment in a smarter way. For example, users could place small sensors around Plexal that would collect very small chunks of data without having to worry about it going offline.

“The LoRa network allows Plexal to be a home for entrepreneurs working with connected devices, smart homes, smart cities and data,” said Andrew Cunningham, COO of Plexal. “The future is a connected one and we’re looking forward to seeing innovative new solutions taking shape here. If you work in areas like data analytics, cybersecurity or IoT, we want to hear from you.”