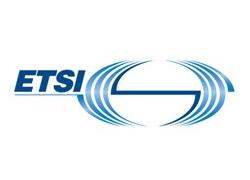 The Car Connectivity Consortium (CCC) and ETSI announced the publication of the MirrorLink® Specification, as ETSI Technical Specification, the TS 103 544 series. Developed by the CCC, MirrorLink is an open standard for smartphone-car connectivity that allows smartphone apps to be projected on car In-Vehicle Infotainment (IVI) systems.

“MirrorLink’s ability to safely connect smart phones to vehicle displays makes it a compelling addition to ETSI’s portfolio,” says Niels Peter Anderson, ETSI ITS chairman. “We have released the MirrorLink specification through our ETSI Publicly Available Specifications process, which enables specifications from industry bodies to benefit from the increased recognition and visibility of an ETSI Technical Specification.”

Consumers have access to smartphone applications in a responsible way, while conforming to industry guidelines to minimise driver distraction by using voice, touch and rotary knob inputs. MirrorLink is already deployed in hundreds of millions of smart phones and millions of vehicles.