e² studio is an integrated development environment (IDE) based on the open-source Eclipse C/C++ Development Tooling (CDT) software and already supports other Renesas devices including the RZ/G Family and the Renesas Synergy™ microcontrollers (MCUs).Expanded to support the R-Car V3M, the e² studio can now be used as a core tool for automotive SoC software development. The e² studio-based R-Car V3M solution is part of Renesas autonomy™, which was announced in April 2017.

“We are excited to provide our open-source e² studio IDE along with our automotive SoC for ADAS and automated driving. The e² studio has been upgraded for R-Car V3M with various features to boost the performance of ADAS and automated driving applications,” said Akiya Fukui, vice president, Software Development Division, Broad-Based Solution Business Unit, Renesas Electronics Corporation. “With the new e² studio, we enable our customers to achieve improved development efficiency and faster time-to-market.”

Renesas’ low-power, high-performance R-Car SoCs consist of a heterogeneous architecture with various types of intellectual properties (IPs), including central processing units (CPUs) and accelerators, to optimise power efficiency. Each IP uses its own programming languages, toolchain, trace interface, and debugging protocols, which enable system developers to maximise the functionality and performance of the IP to optimally develop various software and applications for ADAS and automated driving. 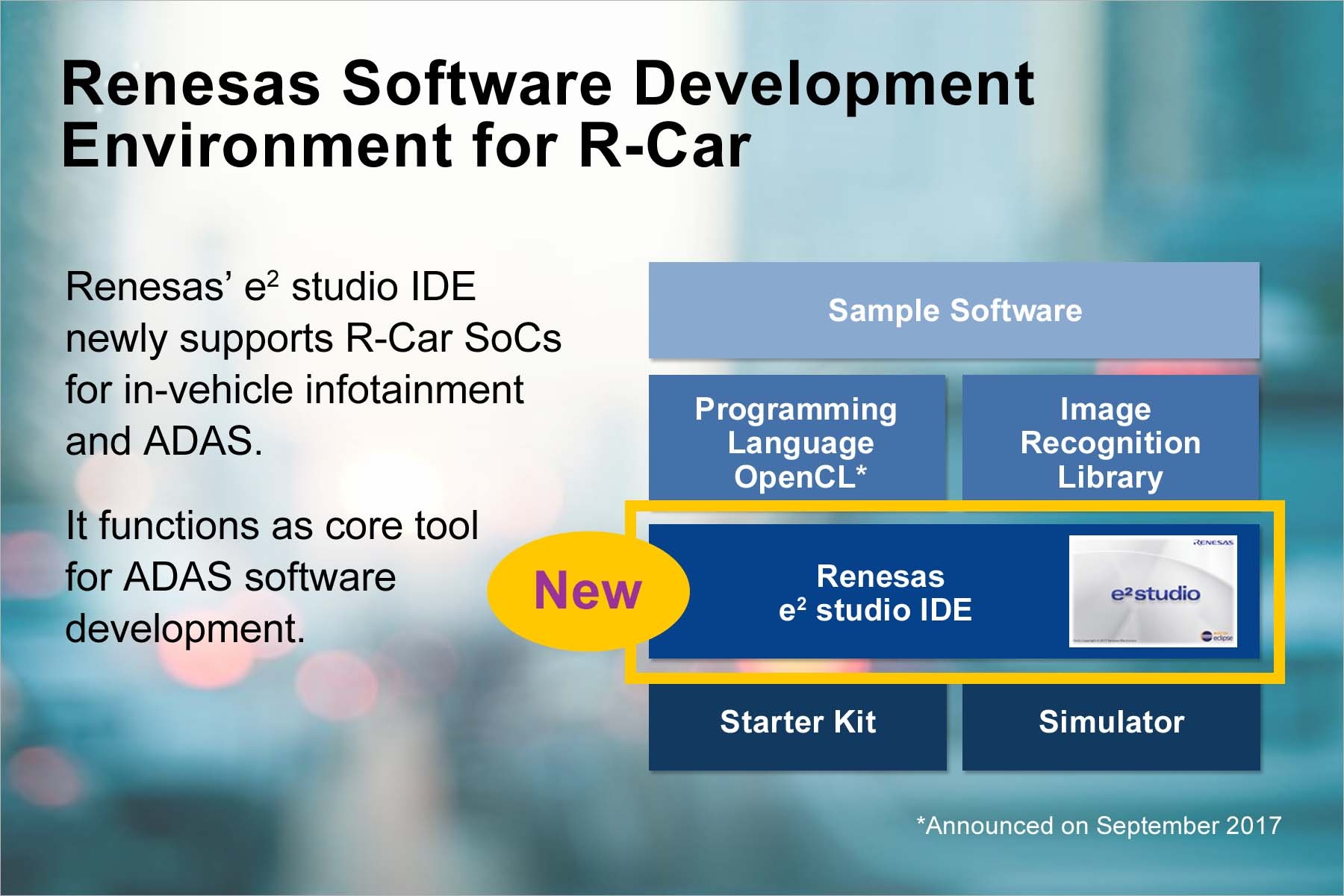 To make full use of the computing performance and low-power performance of each IP, including the integrated IMP-X5 image recognition engine, Renesas has added various new features to e² studio.

Key features of the e² studio for R-Car V3M

Image viewer: The IDE with a simple UI configuration enables system developers to check the image generated by IMP-X5 directly from the GUI. This eliminates the need to store the image for image verification, making it easier to check images.

IP tracer: The e² studio visualises the interaction between subcomponents in IMP-X5, which enables software developers to solve complex software errors linked to a specific IP at an early stage. This contributes to a shorter software development period.

Bus Traffic Monitor: The IDE monitors the amount of data being transferred through the complex bus structure in the SoC. In the past, data transfer delays were identified by trial and error. With the e² studio, developers can pinpoint the bottleneck, reducing the time required for software tuning by half. 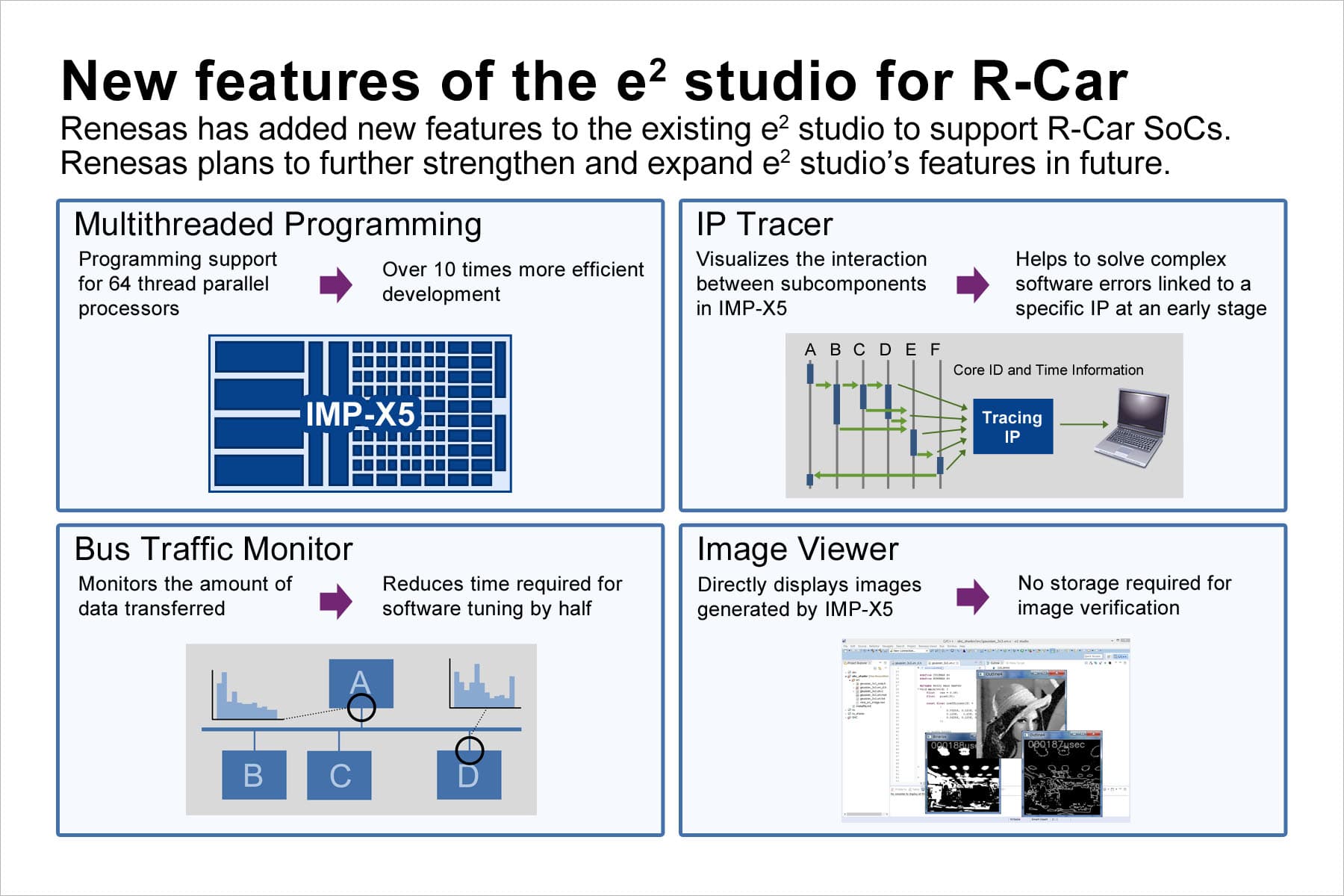 The e² studio for R-Car V3M will be available in Q1 2018. Renesas plans to further expand the e² studio to support additional automotive devices. The e² studio-based R-Car V3M solution will be displayed at the EclipseCon Europe 2017, October 24-26 at Ludwigsburg, Germany, to know more click here.