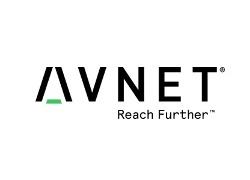 To help expedite Internet of Things (IoT) technology deployment, Avnet, a global technology distributor, has joined the IoT M2M Council (IMC). The IMC’s 25,000 rank-and-file members are comprised of enterprise users, OEMs, and applications developers from numerous vertical markets around the globe, making it the largest organisation serving the IoT sector, and uniquely positioned to reach those that deploy IoT solutions.

“We look forward to helping set the direction for the IMC, to make it easier and faster to guide IoT applications from idea, through to design prototyping, and production,” says Lou Lutostanski, Avnet’s vice president of IoT, who will represent the company on the IMC board of governors. “The group’s emphasis on providing hands-on help for buyers, as well as template RFPs and software widgets, is integral to moving IoT technology forward.”

In further efforts to reach IoT buyers, the IMC has just signed an exclusive agreement to organise the first-ever IoT Infrastructure Pavilion & Conference at the massive Consumer Electronics Show, to be held at the Westgate Hotel in Las Vegas, 9-12 January 2018. Avnet will take part as a cornerstone exhibitor. The dedicated technology area at the show will be directly adjacent to CES’s new demonstration areas for Smart Cities and Smart Energy, and close to its driver-less car demonstrations.

The addition of Avnet to the IoT M2M Council underscores the company’s broader commitment to help scale the delivery of IoT solutions to market, through each stage of the product lifecycle. Avnet’s connected ecosystem includes Premier Farnell‘s element14 community, Makersource.io and Hackster.io. Avnet provides demos, prototype kits, and technical support to customers, ranging from makers and startups to large enterprise companies, to further their IoT initiatives.

The IMC will also hold its Annual General Meeting on 9 November 2017 at the Marriott Copley Hotel in Boston, where it will elect new officers, decide on new projects for the coming year, and offer an afternoon conference program.