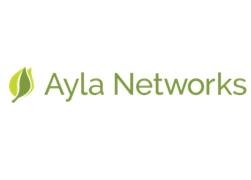 The funding will be used to further expand Ayla’s product capabilities to help large enterprises extract IoT data and transform it into business intelligence, and to expand its ecosystem network of partners and application providers.

“Ayla has amassed more than 100 large enterprise customers by solving their challenges regarding how to securely connect, manage and apply intelligence to all of their connected devices and sensors,” said David Friedman, Ayla CEO and co-founder.

“The Ayla platform blends critical capabilities related to security, privacy, data policy and management with a massively configurable capability for our customers to ingest data from any sensor and IoT cloud. The platform makes it easier for enterprises to apply intelligence and analytics to broad sets of heterogeneous data sets to transform the data into real business value.”

According to Friedman, Ayla’s early focus has been in markets such as HVAC, large and small appliances, water management and home control. More recently, the company has expanded into serving large retail, industrial, telco and service provider, and medical markets. From these markets, the amount of data flooding into the platform is growing 5x year over year. With this growth come significant opportunities for Ayla’s customers to leverage applications provided by Ayla and its ecosystem partners to drive new services and enhance operating efficiency.

“Ayla has established itself as a leader in IoT technology, and it has established a solid presence in global markets,” said Sean Cai, partner at Run Liang Tai. “We invested in Ayla to help them continue their product leadership and enable them to grow much faster.”

“Ayla has won some of China’s largest manufacturers, especially in the home appliance and air conditioning segments,” said Phillip Chang, Ayla co-founder and general manager of Ayla China. “The partnership with Sunsea will make available far more resources to support our customers, and Sunsea’s China market knowledge and relationships will allow us to expand much faster in the large telco and enterprise opportunities inside China.”

“​Ayla is the leading global provider of enterprise-grade IoT PaaS. We are partnering with Ayla based on our companies’ shared beliefs about the needs and promise of the Chinese IoT market,” said Ping Liu, chairman of Sunsea.