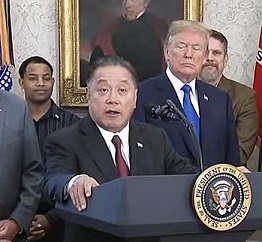 Hock E Tan, Broadcom CEO, was in the White House as rumours broke of a Qualcomm bid.

Broadcom Ltd. is rumoured to be considering a bid of up to US$100 billion for Qualcomm Inc., according to a report by Bloomberg. As Jeremy Cowan writes, if it goes ahead this could be one of the biggest ever acquisitions of a chipmaker.

With data storage and networking interests ranging from the automotive sector through industrial and medical to energy providers, Broadcom is understood to be talking to its advisers this weekend about a potential deal. If it goes ahead, an offer of approximately $70 a share may be made in the next few days. The scale of this deal would eclipse Softbank’s acquisition of ARM Holdings in July 2016. (See our report: Three IoT lessons from the Softbank acquisition of ARM.) On Thursday, Broadcom CEO and president, Hock E. Tan announced at the White House that the company intends to initiate a “redomiciliation process” to change the parent company of the Broadcom corporate group from a Singapore company to a U.S. corporation. This will happen whether or not there is corporate tax reform in the United States.

Writing exclusively in IoT Now in November 2016, Frost & Sullivan called this new wave of acquisitions in an article headlined, Will Qualcomm’s acquisition of NXP Semiconductors trigger a new wave of market consolidation? 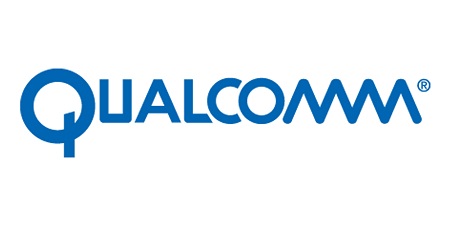 Qualcomm shares have been depressed lately by an ongoing legal battle with Apple. Another problem for the company’s management has been its inability to close the planned $47 billion purchase of NXP Semiconductors NV. This follows a regulatory delay in Europe and shareholder opposition from hedge fund investor Elliott Management Corporation which says the offer undervalues NXP. (Also see our report: Qualcomm focuses on IoT as it agrees to buy chipset maker NXP Semiconductors for US$47bn.)

To date, Ayla’s focus has been in markets such as heating, ventilation & air-conditioning (HVAC), water management and home control. More recently, the company has expanded into serving large retail, industrial, telco and service provider, and medical markets. From these markets, the amount of data being fed into the platform is said by Ayla to be growing 500% year-on-year.

David Friedman, Ayla CEO and co-founder (right) says, “The Ayla platform (offers) a massively configurable capability for our customers to ingest data from any sensor and IoT cloud. The platform makes it easier for enterprises to apply intelligence and analytics to broad sets of heterogeneous data sets to transform the data into real business value.”

Run Liang Tai says it is investing to enable Ayla to grow much faster. Ayla is partnering with Sunsea Telecommunications, a public company serving the Chinese telecoms market, to build its presence in the rapidly expanding Chinese IoT sector more aggressively. Ayla and Sunsea IoT (a subsidiary of Sunsea Telecommunications) are forming a joint venture, Ayla Sunsea, that will sell and deliver Ayla’s offerings to customers via headquarters in China.