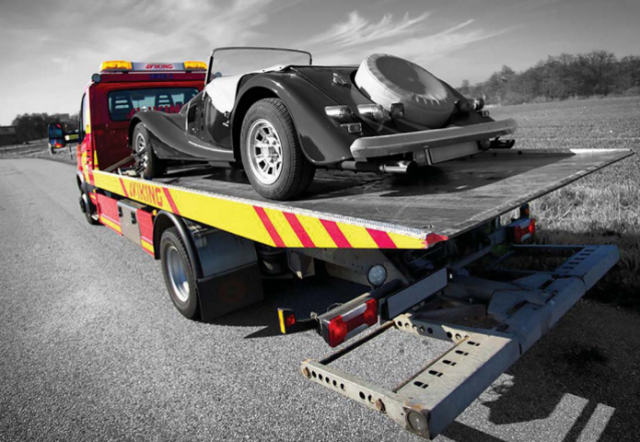 With live commercial consumer connected car offerings, called Telia Sense, in Sweden and Denmark, enabled by partner Springworks, Telia is making substantial commitments to IoT applications and services. Jens-Peter Meesenburg, the head of global IoT verticals at Telia, tells George Malim why it has targeted connected cars and how he sees the company developing further IoT opportunities in both business-to-business and business-to-consumer IoT.

IoT Now: Why have you selected the connected cars sector as an early area for Telia to target in IoT?

Jens-Peter Meesenburg: It’s very real for us, it’s more than just a product, it’s a proofpoint for executing on innovation, not just talking about it. It’s a big part of our strategy to become more than just a communications company. Connected car is a posterchild.

The way we went to market came about because we saw IoT in general as communication and communications is a commodity. If we want to make money in IoT, we need to take commercial bets and retrofitting connectivity to a car is an opportunity. We announced this before launch and the reason for that was to get into contact with the whole ecosystem.

This is important because you have to give the customers the service they are looking for. If you call Telia and we have a nice voice but we can’t really help to fix your car it’s not an attractive service so the partners are vital. In Sweden we’ve partnered with insurance company Folksam, the national vehicle inspection authority, parking provider EasyPark and roadside assistance firm Viking.

I’m also delighted that we’ve launched services in my home country, Denmark. There we’ve also partnered with EasyPark and Viking as well as the Alka Insurance company.

IoT Now: How have the launches gone?

J-PM: The launch has been a success in both countries and we’ve really moved the needle in terms of how people see the company. We don’t disclose the volumes of users but I can say we’ve started cautiously and it’s going as planned.

We chose to target connected cars because we did an evaluation of the Nordics as a whole. We have a higher number of connected devices per person than in the rest of the world and we have a population that has no problem with signing up for new services. We assessed the opportunities and saw there are eight million cars driving around with on-board diagnostic (OBD) ports.

IoT Now: How reliant on the OBD port are you? Isn’t the fact there’s typically only one OBD port in a vehicle a limiting factor?

J-PM: There is only one OBD port so there will be a battle for the OBD port. However, that gives us a valuable opportunity to orchestrate that access for lots of other industries. For example an insurance company spent more than five years trying to find a solution and build a business case [for connected car apps] but being able to share a platform with someone else who can deliver it makes the business case quite clear.

If you want to do something in a vertical you either do it or you don’t but, once you’ve announced it, you have to do it. We think we’ve followed through on our announcement.

IoT Now: What do you see as the challenges of enabling services such as usage-based insurance (UBI)?

J-PM: If you’re going to be basing UBI on data from a device, there are three types of data that you need. One is actionable data such as your battery is low which could lead to an assistance company replacing the battery. Another is automated data. This goes directly into insurance company algorithms so the quality has to be high and the privacy strong. Finally, there’s consumable data for the end user. We want information and absolutely everyone wants to know about the car.

IoT Now: What do you see as the next steps for Telia?

J-PM: We’re providing B2C and SOHO-type, single vehicle offerings now but we’ll support fleet managers next year and will bring out B2B solutions. I see keen interest in the leasing area where it’s not the user’s car but the owner wants to know how the car is and what it’s doing. We’ll also be going much more into the diagnostics.

This is a product that never ends and the whole reason for our customers to sign up to a monthly fee is that they expect it to be better over time. For that reason, we run in two-week sprints for development of new features and services. This is unusual for a telco.

Customers are asking for consumable data such as statistics about their cars so we’ve given them this instead of developing eco-driving apps. Our development function is therefore highly marketdriven. In addition, you’ll see more partners coming in. Some of those are obvious such as insurers, parking and maintenance companies but there others in adjacent areas coming through that might seem unusual initially.

There’s a lot going on in this space involving telcos in the US and Europe. It has gone from just delivering connections to supporting lots of different use cases to the end customer. The more you explore the more you find in terms of the different functions that can be enabled.

An example is the question of being able to answer: where’s my car? This might seem simple and only for people who lose their car but this morning in Copenhagen, my wife had parked our car two streets away from home and left for work without telling me where it was. There’s value to unlock here and what seems a silly question can be a good opportunity.