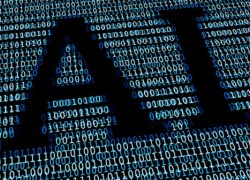 AT&T and Tech Mahindra are collaborating to build an open source Artificial Intelligence (AI) platform called Acumos, which will make it easy to build, share and deploy AI applications. The platform, hosted by The Linux Foundation, will provide a marketplace for accessing, using and enhancing the applications.

AT&T contends that the industry needs a way to make AI apps reusable and accessible outside the company that created them, and simplify deployments to lower the barrier to entry so that operators can keep up with customer demand.

A press release from AT&T describes Acumos as an extensible framework for machine learning solutions, which provides the capability to edit, integrate, compose, package, train and deploy AI microservices. In short, it’s an AI marketplace where applications can be chained together to create complex services, says Dawn Bushaus, managing editor at TM Forum.

The company gives an example of someone who wants to create an AI application for video analytics.

“The Acumos platform gives them a variety of applications to choose from, like location tracking and facial recognition. The simple platform interface lets you choose AI capabilities and stitch them together automatically so they function as a single application.

In this case, the new service could identify where the video was shot based on background landmarks, and identify the speakers in it – design and deploy in a single interface and with minimal additional code development. Content curation, autonomous cars, drones, and augmented reality/virtual reality are other areas where AI models could be used with the Acumos platform.”

Mazin Gilbert, vice president of Advanced Technology at AT&T Labs, is quoted as saying: “Our goal with open sourcing the Acumos platform is to make building and deploying AI applications as easy as creating a website. We’re collaborating with Tech Mahindra to establish an industry standard for AI in the networking space. We invite others to join us to create a global harmonisation in AI and set the stage for all future AI network applications and services.

“We’re opening up AI. We’re focusing on the telecommunication, media and technology spaces, starting with the network. The platform will be available to anyone and the more users who adopt it, the better it will get.”

“In collaboration with AT&T, we will help enable enterprises apply AI to re-imagine business models, unlock the potential of data and drive business outcomes,” he said. “Our ultimate goal with the Acumos Project is to accelerate and industrialise the deployment of AI at enterprises and get developers and businesses to collaborate effectively in order to improve how we all live, work and play.”

This isn’t the first time AT&T has used this model of moving its own technology into the open source community. The company contributed its ECOMP system (Enhanced Control, Orchestration, Management and Policy) to open source earlier this year and then used it to launch the Open Network Automation Platform (ONAP) for orchestrating virtualised networks.

This time AT&T says it’s getting the initial framework into open source as quickly as possible, which will help the developer community accelerate the development of the platform.

The author of this blog is Dawn Bushaus, managing editor at TM Forum