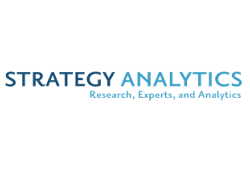 Huawei was the star performer, with a continued run of 4 years of annual growth in tablet shipments. The new “Preliminary Global Tablet Shipments and Market Share: Q3 2017” report from Strategy Analytics’ Tablet & Touchscreen Strategies (TTS) service offers perspective on what is driving these results and how industry players can revitalise remaining soft spots in the market.

The full report with detailed market breakdown is available here.

Eric Smith, director – Tablets and Touchscreens said, “Global tablet shipments declined 5 percent annually from 46.9 million units in Q3 2016 to 44.6 million in Q3 2017, but grew 2% quarter on quarter from 43.7 million in Q2 2017. The global tablet market has reduced the high negative growth rates of the past couple of years and Apple just strung together two straight quarters of year-on-year growth.

During Q3 2017, Huawei and Amazon also kept up their pace of strong gains in their respective corners of the Android market, while Lenovo bounced back to positive growth with good footing in the Android and Windows segments. Windows tablet demand is experiencing a slump overall, compared to this time last year as consumer market pricing and marketing have failed to connect to consumers while enterprise demand is still swift for pricier 2-in-1 tablet form factors.”

Huawei maintained third position with 7% global tablet market share in Q3 2017, up from 5 percent in Q3 2016. Huawei continues to close in fast on Samsung, although the latter has just fewer than 13% market share in Q3 2017. If Huawei were able to penetrate the US market where it currently ships a single digit percentage of its total shipments, then it would become a major force in the tablet market.

Lenovo continued steady progress in the tablet market shipping 3 million units in Q3 2017; Lenovo is focusing on a higher-value product portfolio and de-emphasising lower-value offerings. Amazon reported record sales of its Fire tablets during the July Prime Day promotion early in Q3 2017. During the quarter, Amazon tablet shipments were 25% higher year-on-year at 2.5 million units. This resulted in Amazon’s market share rising 1.3 points during the same period to 5.6%.”