Electric Cloud, the provider in Adaptive Release Automation, announced a new version of its flagship ElectricFlow DevOps Automation platform, which includes enhanced capabilities to better manage, deliver and report on applications in both microservices and zOS mainframe environments.

“Today’s applications are complex – from mobile, distributed, cloud, microservices, to mainframe – often all at the same time,” said Carmine Napolitano, CEO of Electric Cloud. “Delivering these applications smoothly and ensuring everything works together can cause a lot of anxiety and friction.

The new functionality in ElectricFlow helps eliminate toolchain and process silos among these various groups. This means that mainframe teams can now fully participate in a company’s digital transformation efforts. It also means it’s both safe — and easy — for developers and downstream operations teams to adapt to and adopt modern technologies, like microservices.”

ElectricFlow support for mainframe goes beyond simple deployment to include native automation capabilities both pre- and post-deployment. In addition, mainframe users enjoy the full benefits of our pipeline governance and security to fully meet strict audit and compliance requirements. In addition, new Mainframe capabilities include:

ElectricFlow now provides teams more granular control over their microservices-based systems by creating a native microservices model. Treated as first-level objects, microservices can now be modeled independently of applications and environments, making it easier and more predictable to deploy containers either inside applications or as stand-alone, shared foundational components to any container runtime environment. 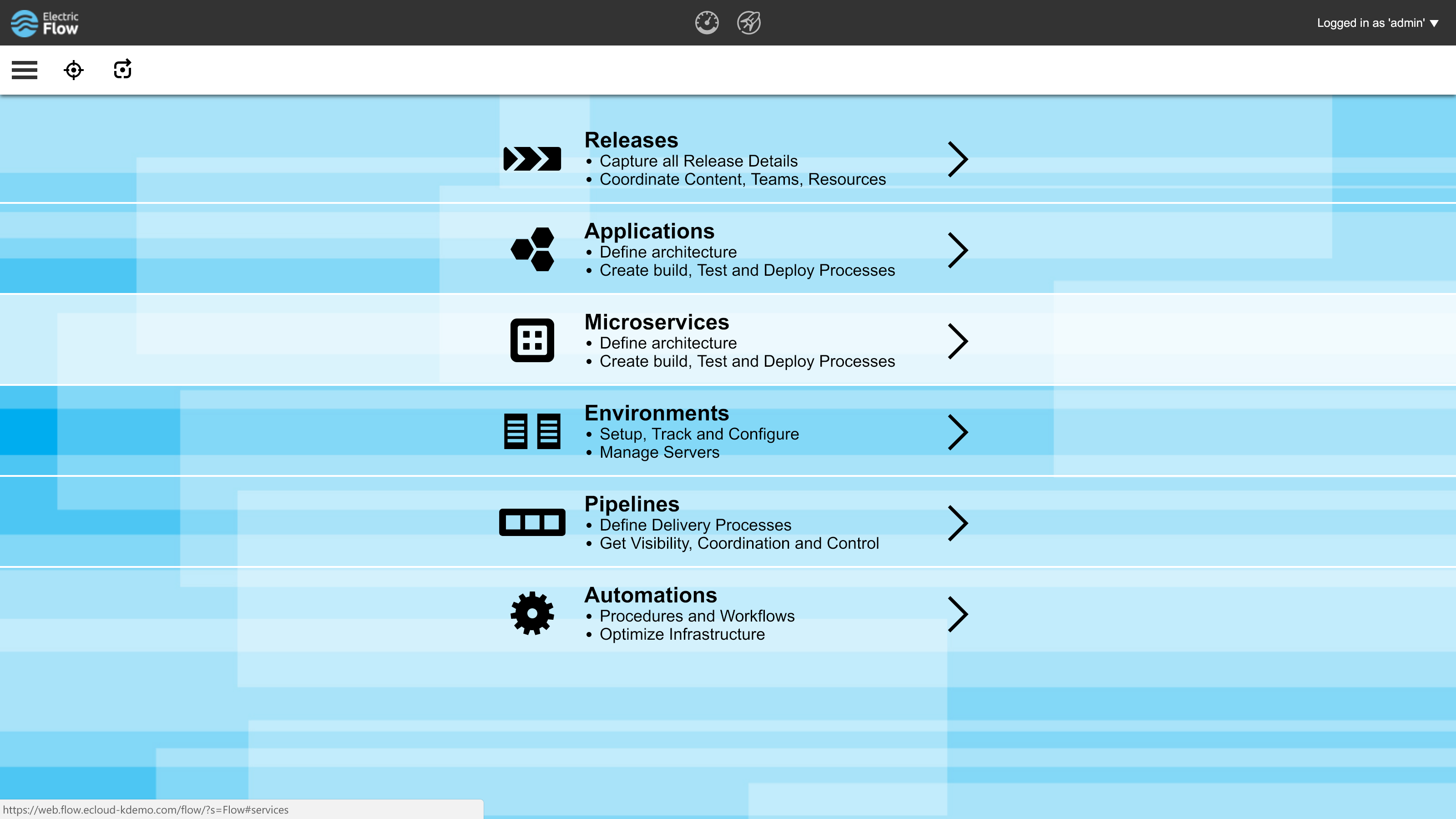 Previous versions of ElectricFlow solved common container management problems, such as container-specific scripts and automation, and version dependency at runtime, especially with large container inventories. This version of ElectricFlow builds on top of that market-leading release coordination to make it even easier and more efficient to manage containers through to production.

In addition, a series of new plug-ins for deploying to native Docker environments, Docker Swarm, and Docker Enterprise further supports the goal of “Model Once, Deploy Anywhere.”

As microservices are now a foundational element to digital transformation strategies, it’s vitally important to have a complete view of where they are, how they are being deployed – and how successful these deployments are – in addition to other key pipeline performance metrics.

For over 30 years, Electric Cloud customer SOMOS used a mainframe to manage and administer over 41 million Toll-Free Numbers in the US and Canada. Recently, they decided to move off of a 30-year-old mainframe application.

“One of our many challenges was how to modernise and build a DevOps culture and environment for SOMOS while simultaneously moving to a microservices architecture,” said Gary McKay, Scrum master at SOMOS. “We chose Electric Cloud’s ElectricFlow because of its support for both containerised and mainframe workloads, and because it can coordinate delivery of those workloads safely across all our development and production environments. The results have been stunningly positive.”