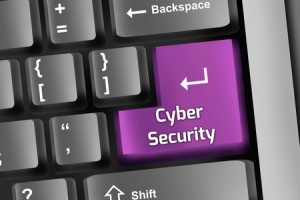 Cradlepoint announced the release of a new Cradlepoint Business Intelligence Report, “The State of IoT 2017-2018”, which reveals the current IT practices, perceptions and future plans surrounding global Internet of Things (IoT) deployments. The findings of the underlying study revealed that even though over 69% of organisations have adopted, or plan to adopt, IoT solutions within the next year, 40% of companies have serious concerns around cybersecurity.

Conducted by Spiceworks, the study surveyed 400 IT professionals in the U.S., Canada and the UK at companies with at least 500 employees across 22 industries. Respondents are all involved with IoT strategies and decisions at their organisations.

While cybersecurity remains the top concern (40%), it is a desire for increased physical security that is the top driver for IoT adoption (32%), followed by improved operational processes (23%), reduced operational costs (21%) and simplified management (20%). Approximately 71% of respondents who already use IoT technologies say they’re using it for building security, often through security cameras.

Recent botnet attacks have infected millions of IoT devices. However, despite the growing security threat associated with IoT, the research shows that about half of the organisations surveyed are deploying IoT solutions on their existing enterprise network and 57% prefer to manage their own IoT device security.

“Before deploying network-connected devices that create more entry points for hackers to exploit, organisations should vet the security of all IoT devices they plan to introduce and ensure their company can adequately protect these devices from potential threats.”

“The good news, however, is that companies can leverage software-defined perimeter technology to spin-up virtual overlay networks, without trained specialists, that isolate IoT devices from existing networks—and other IoT devices, control access and shield them from being Internet-addressable.”

Additional resources can be found here.