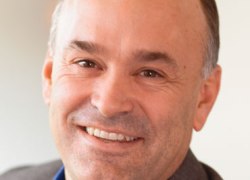 PTC has unveiled its Reality Lab, a test centre led by researchers who will create applications that leverage augmented, virtual, mixed, and physical realities with the purpose of improving people’s interactions with their physical environments.

The lab will apply human-centred design and human-computer interaction to new technology, empowering people with more intuitive and practical computer user interfaces for managing the next generation of networked computer systems.

An early believer in the potential of AR for industrial use cases, PTC acquired the industry’s most advanced and widely adopted Vuforia® AR technology platform for custom development in 2015. Since then, PTC has leveraged Vuforia to expand the capabilities of its market-leading ThingWorx® Industrial Innovation Platform.

To optimise product design, manufacturing, and service initiatives, PTC aims to bring the power of AR technology to these traditional business activities, along with the ability to visualise, instruct, guide and improve interactions with physical things.

PTC’s Reality Lab will be overseen by MIT graduates Valentin Heun and Benjamin Reynolds, who will serve as the lab’s chief scientists. While at the MIT Media Lab’s Fluid Interfaces Group, the pair co-founded Reality Editor, an augmented reality platform that allows users to link smart objects by simply drawing a line between them on the screen of a smart phone.

“PTC is known worldwide for its technological excellence – and a prowess for pushing the frontiers of technology to make the industrial world more efficient,” says Valentin Heun, vice president of technology, Office of the CTO, PTC. “We’re delighted to become members of the team.”

Reality Lab is located in PTC’s current headquarters in Needham, Mass. and will be a central feature at its new Boston-based headquarters expected to open in 2019.

“AR connects the wealth of digital data generated by the IoT and digital transformation initiatives with the physical world in which we apply it,” adds Jim Heppelmann, president and CEO, PTC. “Our new Reality Lab will enable enterprises to advance the way they serve customers, train employees, design and create products, manage their value chains, and how they compete.”