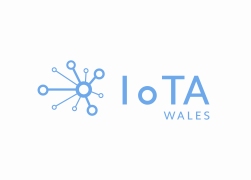 Internet of Things (IoT) start-ups across the UK can apply for an accelerator programme based in Wales, launched to provide promising businesses with the financial investment, invaluable knowledge and extensive network needed to accelerate growth.

The ‘Internet of Things Accelerator Wales’ (IoTA Wales) is actively seeking promising innovators outside Wales to sign up to this unique Accelerator, a collaborative initiative that has been jointly created and designed by The Accelerator Network, Innovation Point, Barclays Eagle Labs, Inspire Wales and the Development Bank of Wales.

The 12-week programme aims to identify and support up-and-coming IoT businesses in key areas such as cyber security, energy, manufacturing, education and agriculture, during the exciting but challenging start-up journey.

The programme will accept ten promising businesses to receive a £50,000 (€ 56581.61) investment for a 10% equity stake in the enterprise, as well as access to world-class facilities, academic expertise and free creative office space to promote intensive-growth.

Ian Merricks, chair of The Accelerator Network, said: “The appetite amongst tech entrepreneurs has never been greater, with the number of individuals turning their business idea into a reality growing year on year – yet still 50% of all start-ups in the UK fail within the first five years.

“The IoTA Wales is responding to this through an intensive-growth programme that is specifically designed to help make the IoT start-up journey a shorter and more successful one.”

In 2015, 68% of digital investment in the UK was outside of London and the latest Tech Nation report found that Wales has the fastest growing digital economy out of London. The Cardiff and Swansea tech cluster creates £392 million (€ 443.60 million) annually in GVA, employs 17,000 people and saw 103 start-up births last year.

IoTA Wales comes at a transformative time for Wales’ tech scene, following September’s signing of a deal for a south Wales home for the world’s first compound semiconductor cluster, CS Connected, the first investment under the £1.2 billion (€ 1.36 billion) Cardiff Capital Region city deal programme. The cluster is expected to attract £375 million (€ 424.36 million) in private investment and create 2,000 well paid and highly skilled jobs in the region, working on the technology behind the future of robotics, AI and driverless cars.

The organiser of London’s biggest IoT meet up, Alexandra Deschamps-Sonsino, named the most world’s most influential Internet of Things (IoT) expert (Postscapes, 2016), claims Wales has a competitive advantage over London which it needed to capitalise on to make the most of the trend’s opportunities.

She said: “You can make a profitable business in this space by manufacturing just 5000 pieces and through the production of the Raspberry Pi, Wales has the manufacturing capability which we just don’t have in London. That bit is potentially the hardest piece of the jigsaw.”

Secretary of State for Wales Alun Cairns said “Wales is a dynamic nation that is home to some of the most innovative companies in the world. As we prepare to leave the EU, I want Welsh innovators to seize the opportunities available to expand their companies and help us trade on the global stage. Industry and academia can work together to keep Wales at the forefront of technology and I hope as many companies as possible apply.” 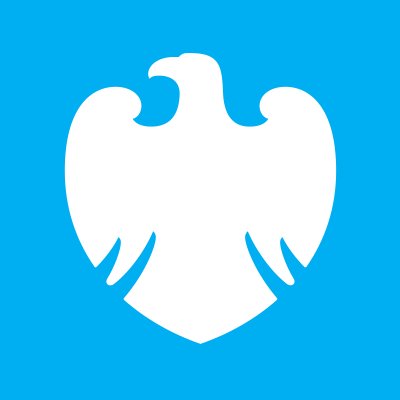 IoT connects tangible devices, systems and services over the internet, enabling them to collect, share, analyse and act on data. This includes objects ranging from phones and fridges to wearable tech and medical devices, enabling smarter homes, cities and transport to become a reality.

Applications to be a part of IoTA Wales are now open via and will remain open until Midnight on Saturday 9th December 2017.  Businesses from across the UK are able to apply to be on the programme, but those from outside of Wales must be willing to relocate.

David Warrender, CEO of Innovation Point, who is delivering the programme, said: “Launching the nation’s first IoT accelerator programme here in Wales is no mean feat, and is yet another example of the country’s growing role in the digital revolution.

“The programme will have an intense focus on IoT security related devices and applications, providing high-potential applicants with access to a globally proven network of business mentors, high calibre partners and potential investors – all critical components of accelerated success.”

Businesses lucky enough to be selected as part of the start-up cohort will benefit from free creative office space at the latest Barclays Eagle Lab in central Cardiff.

Steven Robert, head of Strategic Transformation at Barclays Eagle Labs, said: “As well as providing an inclusive environment that fosters innovation and promotes shared growth, businesses will have access to a “Maker’s Lab” set up, plus support staff and structured support programmes to help with the rapid development of IoT prototypes.

“As ideas and products progress, businesses will also benefit from access to additional state of the art IoT labs at Cardiff University, which is making an in-kind contribution that includes academic expertise.”

To find out more about IoTA Wales, click here.