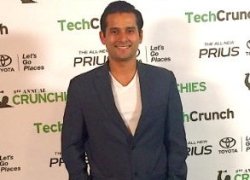 “We are happy to have RedLock Cloud 360 as a launch solution that is integrated with Amazon GuardDuty,” said Rohit Gupta, global segment leader, security, Amazon Web Services, Inc. “RedLock provides an extra layer of security, risk visibility and monitoring to its customers and the integration with Amazon GuardDuty makes it even easier to deploy and deliver deeper insights into customer infrastructure.”

“We’re excited to build on RedLock’s existing relationship with AWS,” said Varun Badhwar, CEO and co-founder of RedLock. “The release of Amazon GuardDuty will go a long way in moving the cloud security discussion forward and educating enterprises on risks. And we’re committed to continuing work in this critical area. Integration with Amazon GuardDuty is a natural extension of our existing capabilities that help organisations accelerate digital business by managing security and compliance risks across the cloud.”

Read more about the RedLock Cloud 360 integration with Amazon GuardDuty.

Visit RedLock at AWS re:Invent in booth 711 in the Venetian Expo Hall this week for a demo of RedLock Cloud 360 and the integration with Amazon GuardDuty.