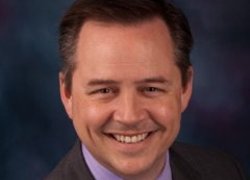 Cradlepoint, the provider in cloud-managed networking solutions over wired and wireless broadband, announced the general release of its NetCloud Perimeter service, a Software-Defined Perimeter solution that provides a private cloud network over any Internet connection to secure and isolate connected devices, including M2M, IoT and mobile devices. NetCloud Perimeter provides a modern, cloud-based alternative to traditional VPN technology that is easier to configure, deploy and scale.

A recent Cradlepoint-sponsored State-of-IoT report conducted by Spiceworks found 69% of the 400 businesses surveyed with 500 or more employees have deployed or plan to deploy IoT solutions within the next year. IoT is being adopted across a range of industries such as retail, manufacturing, healthcare and government. Of the deployment concerns cited in the survey, security and solution cost ranked highest at 41% and 35%.

“The growth of the IoT means the deployment of many more network-connected devices. For many organisations that don’t have the correct solutions in place, this is opening up more entry points for hackers to exploit, and leading to major security issues,” said Christian Renaud, research director, Internet of Things, 451 Research. “Organisations need to consider which network they run their IoT service on, and then ensure they manage the security of these networks, the IoT devices they plan to use and proactively protect themselves before any potential threats even appear.”

NetCloud Perimeter, part of Cradlepoint’s NetCloud platform, is a cloud service that shields enterprises from device-oriented threats by providing a private cloud network that overlays the Internet or enterprise network with a virtual perimeter to isolates and protects M2M, IoT and mobile devices. It further provides a closed, invitation-only network with its own private IP address space to cloak devices from the outside world.

Other unique benefits of NetCloud Perimeter include:

When deployed over 4G LTE, NetCloud Perimeter’s encrypted and fully switched overlays can reduce the need for costly and complex private Access Point Networks (APNs) and static IPv4 addresses  that are scarce on many cellular networks.

“The way you connect and protect an IoT device network with potentially hundreds of thousands of Internet-attached endpoints is very different from the traditional enterprise security model for branch sites and WinTel PCs,” said Ken Hosac, vice president of Cradlepoint IoT Solutions and Ecosystem. “NetCloud Perimeter represents a clean-slate approach to device networking that combines a Software-Defined Perimeter architecture with private IP overlays and cloud orchestration to deliver optimal security, availability and control as well as logical isolation from the Internet and private networks.”

Other common use cases for NetCloud Perimeter include: secure remote access for mobile field-based workforces, remote management of field-based devices, persistent connectivity for in-vehicle notebooks and tablets, and in-branch isolation of devices such as point-of-sales (PoS) machines, security camera and digital signage.

DSC Dredge is a NetCloud Perimeter customer and the global leader in the manufacture of custom dredging solutions, some as large as a football field and capable of dredging rock up to 150 feet below the earth’s surface. These advanced machines are highly automated and leverage an on-board network to connect six programmable logic controllers (PLCs) and two human machine interfaces (HMIs) as well as multiple security cameras. DSC uses NetCloud Perimeter via Cradlepoint 4G LTE routers to gather telemetry data, monitor dredge operations and provide remote system maintenance from dredges deployed around the world.

“With SD-Perimeter, we don’t have to be in the office, at the other end of an IPsec tunnel, to access our network. We have an easy and secure way to remotely access our devices anytime, anywhere,” said Richard Groce, director of information technology for DSC Dredge.