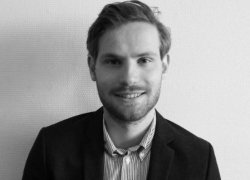 The European insurance telematics market is largely dominated by hardwired aftermarket black boxes while self-install OBD devices represent the vast majority of the active policies in North America. Several major US insurers have however recently shifted to solutions based on smartphones. Berg Insight expects a rapid increase in the uptake of smartphone-based solutions in all markets in the upcoming years.

“The US, Italy, the UK and Canada are still the largest markets in terms of insurance telematics policies”, said Martin Svegander, M2M/IoT analyst at Berg Insight. In North America, the market is dominated by US-based Progressive, Allstate, Liberty Mutual and State Farm as well as Intact Financial Corporation and Desjardins in Canada.

“Insurers are increasingly expected to embrace every aspect of telematics to reduce the cost of claims, improve the underwriting process and add services to increase the customer value through differentiated telematics offerings”, continued Mr. Svegander.