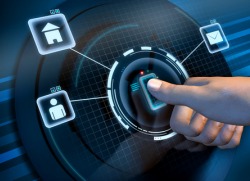 Upstream Security, a cloud-based cybersecurity platform provider for connected cars and autonomous vehicles, announced the closing of US$9 million (€7.64 million) in Series A funding. This has been led by CRV (Charles River Ventures).

The round included expanded investments from Israeli-based Glilot Capital Partners and Maniv Mobility. Following a $2 million (€1.70 million) seed funding round in June, the company will use the latest investment to expand its R&D program and continue building out its world-class engineering and security research teams, and open marketing and sales offices in the United States and Europe.

“Connected and semi-autonomous cars are already a reality, so it’s a matter of ‘when’ not ‘if’ these self-driving technologies will be deployed at scale. Upstream’s engineers were the first to solve how to protect connected cars and autonomous vehicles using the cloud, crucial for near-term and future deployment of automotive cybersecurity at the fleet level,” said Izhar Armony, general partner at CRV.

“We believe in Upstream’s groundbreaking approach to secure connected and autonomous vehicles and in the abilities of cybersecurity veterans, Yoav Levy and Yonatan Appel, to build a rapidly growing business in this hot, emerging space.”

As connected and autonomous driving technologies become mainstream, security attacks on vehicle fleets –– groups of motor vehicles owned or leased by a business, government agency or other entity –– are likely to increase drastically. Upstream’s cloud-based approach to automotive cybersecurity leverages artificial intelligence and machine learning that is applied to the tremendous data sets continuously produced by vehicles.

This provides customers with data protection, anomaly detection and real-time analytics of cyber attacks and vehicle fleet health. By centralising cybersecurity in the cloud instead of in-vehicle, threats are detected and prevented before they even reach a vehicle’s network.

More cars are connected to the Internet today than ever before, driving hackers to develop new and more efficient ways to infiltrate and disrupt automotive software. Today’s automotive cybersecurity solutions are in-vehicle and suffer from slow production cycles, which impede their agility as well as their ability to protect against the most recent cybersecurity threats. Upstream’s unique solution offers non-intrusive protection, effectively securing cars that are already on the road today and upgradable to stand against new cybersecurity threats and vulnerabilities in the future.

“The automotive industry is going through a massive disruption. Consequently, security solutions for the car are undergoing rapid advances at an unprecedented rate. We’re using emerging technologies like AI and machine learning to carry out an evolutionary leap in cybersecurity for passenger and commercial vehicles,” said Upstream CEO and co-founder, Yoav Levy.

“Riding the wave of momentum from our recent company launch and early customer wins, this new investment round further validates our technology and approach, and will fuel our commitment to be the leading force of innovation in security for connected and autonomous transportation.”

Upstream is planning to open offices in Silicon Valley in the coming months.

Dawn of a new internet era: More speed, more devices, but infrastructure is lagging behind

Increased use of internet services, broader application of IoT devices, and a Covid-related shift to remote work are just a few factors, accelerating the transition to a new internet era.

5G and Industry 4.0 are the keys to unlocking Europe’s economy

Economic forecasts across the globe make for grim reading. The coronavirus pandemic when it first hit brought countries to a standstill. In June, the World Bank projected that the global economy was on course to shrink 5.2% over the course of 2020.