Home › Blogs › Developing and designing for user freedom in VR 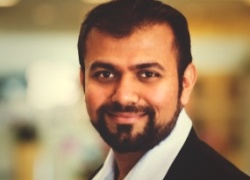 Whether you are a veteran developer or new to the community, designing experiences for virtual reality (VR) requires careful consideration of a user’s sensory experience. We previously covered getting started with developing for six degrees of freedom (6DoF), and now want to take a deeper dive into design principles for VR and 6DoF. But before we get into the details of designing for 6DoF let’s take a step back and have a brief look at its history.

A brief history of immersive entertainment

People have been striving for engaging and immersive entertainment for centuries. In the 19th century people first used the Stereoscope to view a single moment in time captured in full 3D. At the start of the 20th century 3D film was first shown using the classic red/green anaglyph format, says Hiren Bhinde, director product management (VR / AR) at Qualcomm.

By the 1970s the military was experimenting with VR for flight simulations, which allowed for the control of looking in different directions using three degrees of freedom (3DoF). However, it wasn’t until the 2010s that fully-immersive 6DoF 3D was introduced allowing control over the rotation and position of the user. This technology is being widely used in applications such as video gaming, manufacturing, and medical training.

Unlike any previous technology, 6DoF gives the user unprecedented levels of interaction and control over their virtual world. In the design phase of development, it is important to be mindful of a user’s possible sensory experiences. When using 6DoF design tools such as the Qualcomm Snapdragon 835 VR Development Kit, ask yourself two essential questions: What will your users see and hear? How will they move in the virtual world?

The first interaction that users have with VR is what they see. When there is a disconnect between what your eyes are seeing and what your inner ear is feeling you can start to feel sick. As a result, it is important to keep the two in sync by ensuring a high level of fidelity between the headset’s movement and the camera’s movement. If your experience allows for it, try anchoring the view by using a cockpit. This can help users remain grounded and avoid nausea.

Ideally the camera’s position is directly tied to the player’s real-world position. However, when your experience requires a disconnect between these two, it is best to move the user with a quick “blink” where you fade to black, move the player, and then fade back in at the new position. Another alternative is to use “fast motion” where you move them to their new position very quickly.

Tricking the eyes for a smooth experience can be more complicated than it seems. Your experience must run at a high framerate (60+ fps) so that users do not experience eye strain and headaches. So be aware of the power of your platform and the requirements of your experience.

Once users are convinced by what they see, they start to notice what they hear in their world. Audio design for VR is built around 3D positional audio rather than stereo audio. This means that audio emanates from a specific point in space rather than a general all-encompassing sound. This is used to anchor the player’s sense of place relative to the sound.

The physical composition of your environment should also influence the specific acoustic properties of your audio, such as reverb and reflections. Designing a cave that sounds like a cave goes a long way to increasing the sense of immersion. Finally, ideal audio for VR comes from headphones and you should encourage your users to wear them.

With your body free of wires, your hands can be used for expressive gestures and enrich the interaction with the world. Movements should be natural and easy for users to accomplish. However, with all of that motion it’s important to remember that VR can be tiring. All of those virtual movements are happening in the real world as well so it’s necessary to offer your users frequent chances to rest.

Immerse yourself in XR development

Ready to get started with 6DoF? Check out these resources on Qualcomm Developer Network:

Whatever your role in XR development, and whoever you’re building immersive realities for, Qualcomm Developer Network has the tech, tools, and resources to help.

Read more about this blog here.

The author of this blog is Hiren Bhinde, director product management (VR / AR) at Qualcomm