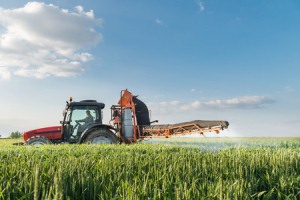 The Internet of Things (IoT) is set to revolutionise the farming and agricultural sector, but many agritech companies are concerned by the cyber threats associated with the technology. This is according to independent research commissioned by Inmarsat, which found that although the vast majority of agritech companies are moving towards IoT, less than a quarter (23%) are completely confident in their ability to counter the security threats that IoT will bring.

Market research specialist Vanson Bourne interviewed respondents from 100 large agritech companies across the globe for its ‘The Future of IoT in Enterprise – 2017’ report. They found that while the majority of respondents had taken steps to address IoT security, with more than half (52%) investing in new security technologies to accommodate IoT, 45% agreed that their processes to counter cyber attacks could be stronger.

Moreover, 23% stated that they would need to make heavy investments in their security capabilities to enable their customers to safely exploit IoT.

Networks and skills emerged as two key areas in need of improvement. Just 42% of agritech companies had given special consideration to network security in the development of their IoT solutions, while over half (55%) reported that they needed additional security skills.

Commenting on the findings, Chris Harry-Thomas, director of Sector Development Agriculture, Inmarsat Enterprise, said: “Agritechs are already proving a boon for farmers, deploying technologies like IoT to help them speed up the journey that food takes from ‘seed to bin’ and from ‘farm to fork’.

IoT technologies are being leveraged to automate irrigation and fertilisation systems on farms, to add new precision to operations and reduce waste, and to automate farming machinery, reducing the need for manual intervention. However, a more technology-dependent and connected farm is a more vulnerable one, without the necessary security protocols.

“These threats are not trivial. Whereas an industrial-scale cyber attack in any industry can do significant harm to a business’s bottom line, such an attack in the agricultural sector could see whole crops decimated and have severe consequences for the quality of life of entire populations. It’s therefore critical that agritech businesses can take the necessary measures to counter these risks, and it’s clear from our research that there is a significant amount of room for improvement in this area,” he concluded.

For agritech companies to develop successful IoT solutions to help their customers thrive in the digital transformation, IoT network security must remain one of their top priorities. Satellite communications networks can play an important role as they are optimised to deal with mission critical communications, connecting things wherever they are on the planet.

Agritech companies must also look to establish strategic partnerships with third parties who have the expertise to ensure that connectivity in individual devices, and the fundamental network infrastructure, conforms to the highest security and reliability standards.