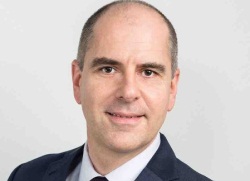 Kerlink, a provider in network solutions dedicated to the Internet of Things (IoT), has been included in Deloitte‘s Technology Fast 500™ EMEA. These ranking highlights 500 companies in the technology, media and telecommunications sectors that have achieved the highest rate of growth in Europe, the Middle East and Africa (EMEA).

Deloitte noted that Kerlink, ranked 398th, recorded 290% revenue growth from 2013 to 2016, thanks to its worldwide development of networks dedicated to the Internet of Things (IoT), and its key expertise that enables operational data collection, which has become crucial for digitalisation of many business sectors.

The company has experienced a compound annual growth rate (CAGR) of 57% annually since 2013. Kerlink CEO, William Gouesbet attributed this success and revenue growth to the company’s international development and the launch of innovative services.

“After having won the Deloitte / In Extenso Technology Fast 50 Award last November, for the best growth in sales over the 2013/2016 period among listed companies in France western region, we are very proud to be in the Technology Fast 500TM EMEA,” he said.

“This is further recognition of the tremendous efforts our teams have made on all continents. Several important partnerships with public and private network operators have been signed, and we have supported on the ground many projects in the field of smart city, intelligent agriculture and equipment management.”