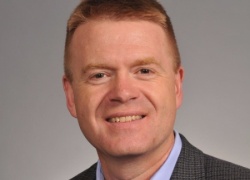 Roaming between the Senet network and the TrackNet TrackCentral network for Tabs is the first production demonstration of the recently released LoRaWAN specifications in the world, and the first large-scale roaming demonstration using LoRaWAN.

The 1.1 specification was released in October 2017 and Senet and TrackNet are the first to demonstrate roaming per 1.1 in a large-scale deployment.

The demonstration of the Tabs solution with the Senet network at CES highlights the ease of interoperability with LoRaWAN which is the key to success for scaling production ecosystem solutions in network deployments around the world.

We are proud to demonstrate the latest technology advancements from Senet and TrackNet to showcase the power of LoRaWAN and its interoperability functionality” says Dave Kjendal, CTO of Senet and technical committee lead for LoRaWAN in North America. “LoRaWAN achieved significant growth during 2017 and the rapid advancements delivered by market leaders like Senet and TrackNet will be instrumental in the adoption of IoT solutions at mass scale.”