Home › IoT News › You are the weakest link, goodbye 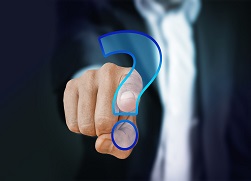 George Malim worries that, as automation gathers pace, the single point of failure might turn out to be himself

Automation is gathering pace and, with the additional capabilities enabled by IoT, truly starting to deliver value and revenue to organisations. That’s great because it represents the promise of IoT becoming reality but there are substantial cultural and organisational challenges for businesses at the points where the automated hands over to the manual. In security, that’s the most likely point of failure – where human contact is introduced into the business chain but IoT systems seldom get to operate in complete isolation from humans.

I was recently discussing this with a colleague who had the opportunity to visit two supermarket retailers’ online shopping fulfilment warehouses. One was highly automated, utilising advanced systems to monitor supply levels and the performance of human stock pickers as they assembled customers’ shopping lists. The other was completely automated, with robots picking products and humans, in very small numbers, present only to respond to problems or maintain the robots. In such environments the lights don’t need to be on most of the time.

Whilst there’s a societal issue here in terms of reduced employment this fully-automated environment is enabling the retailer to accurately and efficiently serve the needs of its customers while maintaining an attractive margin. This will be replicated in more complex environments, hopefully freeing humans from the drudgery of repetitive tasks to be more productive in other ways. Certainly, if Bill Gates’ idea of taxing corporations based on their robot power instead of taxing the income of workers takes off, we will all be deeply in the debt of robots as we enjoy greater leisure and enter a new post-industrial renaissance for humanity

That’s many years distant and may turn out to be an unachievable goal but, when delivery drivers are replaced by autonomous vehicles, there will be even fewer humans in the retail value chain, enhancing its’ resilience and reducing the likelihood of mistakes. In fact, machines that are properly maintained and supported won’t make mistakes – that will be left to humans like me who ruin their retail experiences by forgetting to order everything they need.