Home › IoT News › Hybrid smartwatches to make up over 50% of smartwatch shipments by 2022, as fashion beats function 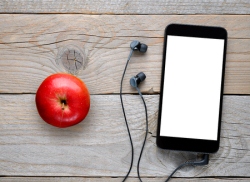 A new report by Juniper Research found that hybrid smartwatches such as Fossil Q and Nokia Steel, which appear to be analogue watches but integrate some smartwatch functionality, will make up over 50% of the smartwatches market in 2022.

This means that nearly 80 million hybrid smartwatches will be shipped by 2022, up 460% from an estimated 14 million in 2017. However, digital display smartwatches, such as the Apple Watch and Fitbit Ionic, will increase by a more conservative 160%.

Smartwatches: A market of many niches

The new research, Smartwatches: Trends, Vendor Strategies & Forecasts 2018-2022, found that slower growth for digital display smartwatches has caused several manufacturers, like Motorola, Huawei and Sony, to leave the space. Those that remain are pivoting towards specific use cases, chief among them fitness, which Apple, Casio, Samsung and others have emphasised strongly in recent releases.

“The smartwatch market is refining itself into a series of specific use-cases”, remarked research author James Moar. “This is having an impact on every aspect of smartwatches, from their design for increasingly specialised uses to their sale in specific retailers. While most vendors cannot necessarily hope to reach a broad coverage, the industry as a whole is here to stay.”

Despite the renewed interest in hybrids, Juniper expects individual players to produce few smartwatches, with hybrid watch manufacturers generally shipping less than 2 million devices annually. Fossil, having released many display and hybrid smartwatches throughout its portfolio, is the exception here, and is forecast to ship over 6 million smartwatches annually by 2020.

The report also found that different connectivity technologies are becoming more prevalent in a variety of smartwatches, with GPS expected to be present in nearly 50% of all smartwatches by 2022. In comparison, NFC’s growth will be small, as they are currently locked into specific ecosystems. Juniper do not expect this to change in the foreseeable future.