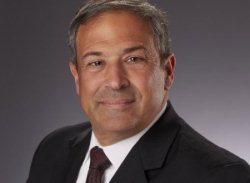 Microsemi Corporation, a provider of semiconductor solutions differentiated by power, security, reliability and performance, announced its products, including its field programmable gate arrays (FPGAs), are not affected by the recently identified security flaws associated with the use of x86 and ARM®and a number of other processors. The announcement comes as security researchers recently revealed major computer chip vulnerabilities, called Spectre and Meltdown, in chips—affecting billions of devices globally.

“As a leader in security, we strive to ensure our products are immune to both existing and potential new threats or vulnerabilities,” said Jim Aralis, chief technology officer and vice president of advanced development at Microsemi. “As soon as news broke about Meltdown and Spectre, Microsemi immediately assessed its existing products with thorough analysis of the architecture and intellectual property (IP) blocks with its internal security experts. The assessment clearly concluded that none of the processor cores embedded with the associated use models in Microsemi products are impacted by these weaknesses.”

Not only are Microsemi’s FPGAs not affected by Spectre or Meltdown, the company’s devices also offer multiple security layers for maximum protection. In addition to its SmartFusion™ and SmartFusion2 FPGAs, and communications and storage products—which do not have either security flaw—the company’s soft RISC-V core and its RISC-V IP provider are also unaffected by the security issues. As a leader in hardware security, Microsemi is well-known for its cybersecurity and malware expertise, offering customers the highest levels of design and data security.

Both Spectre and Meltdown affect speculative execution in modern computer chips, but they can be abused via various methods. Microsemi offers a heightened level of security in comparison to its competition with these vulnerabilities, as its hard and soft central processing units (CPUs) are not affected by this issue, and in fact enhance security protecting against various side channel attacks.