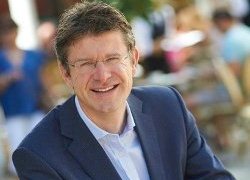 Ordnance Survey (OS) has been appointed by the UK’s Business Secretary, Greg Clark to help shape a national infrastructure capable of supporting a nationwide network of Connected and Autonomous Vehicles (CAVs).

Ordnance Survey is Great Britain’s mapping service for government, business and citizens. The four-year project lies at the heart of the Government’s modern Industrial Strategy, and further establishes the UK as one of the world’s leading locations in this sector.

E-CAVE will focus on the challenges of creating effective connected environments using OS digital data expertise. OS will also be engaged in supporting and collaborating with CAV testing across the four recently announced CAV test bed projects overseen by Meridian.

OS has experience at the centre of major national infrastructure research projects. Projects such as the ground breaking ‘Atlas’ initiative, which studied and identified data critical to the efficient operation of autonomous vehicles, and the development of a Digital Twin planning tool for the roll out of 5G.

Nigel Clifford, OS CEO, said: “This project will provide the UK government with evidence-based insights to speed up the deployment of connected environments in the UK. In addition to this, the learning we gain will show the UK to be an exemplar, and the infrastructure design which comes from this activity can be scaled up and used internationally. We believe there is an opportunity to attract inward investment.

Our primary aim though, is to ensure driverless vehicles will be connected and collaborating to ensure the safety of the public at all times.”

Business secretary, Greg Clark, said: “Low carbon and self-driving vehicles are the future and the UK is determined to be one of the world-leaders in this technological revolution. Through our Industrial Strategy and the Automotive Sector Deal, the Government is paving the way to ensure the UK is best placed to seize the opportunities presented by the development of our next generation of vehicles.

“With its centuries of experience in mapping and its status as a big data powerhouse, Ordnance Survey’s new project will make a valuable contribution to us achieving our bold ambitions accelerating the development and deployment of driverless technology in the UK.”